“I am honored and thrilled to win consecutively with amazing teammates. We wanted to win this tournament back-to-back and we’re proud that we were able to do it.”  – Tareq Salahi

Hotels At Sea began their campaign for the cup in the second semifinal on Friday, September 3, claiming victory over Pineapples and Pussycats (Audrey Wilde, George Krabbe, Lucio Fernandez Ocampo) 21-18. Cracking a rib before the start of the tournament, Ocampo was replaced by Hilario Figueras in the semifinal matchup. Tight games and close endings were a staple throughout the tournament for Hotels At Sea. “The last three years of playing with my teammates we’ve either consistently been behind or tied coming out to the very end,” said team owner Tareq Salahi.

Aided by a strong crowd presence, the cheering audience gave energy and support to Liberty Hall and Hotels At Sea as they entered the arena for the final matchup on Saturday, September 4. A veteran on the USPA circuit, Salahi was quick to praise the efforts of the spectators noting, “we love the crowds and all the cruise line fans who come out and support us, it makes a difference. I’ve never heard a crowd like this in my life or heard that loud of a crowd ever.” 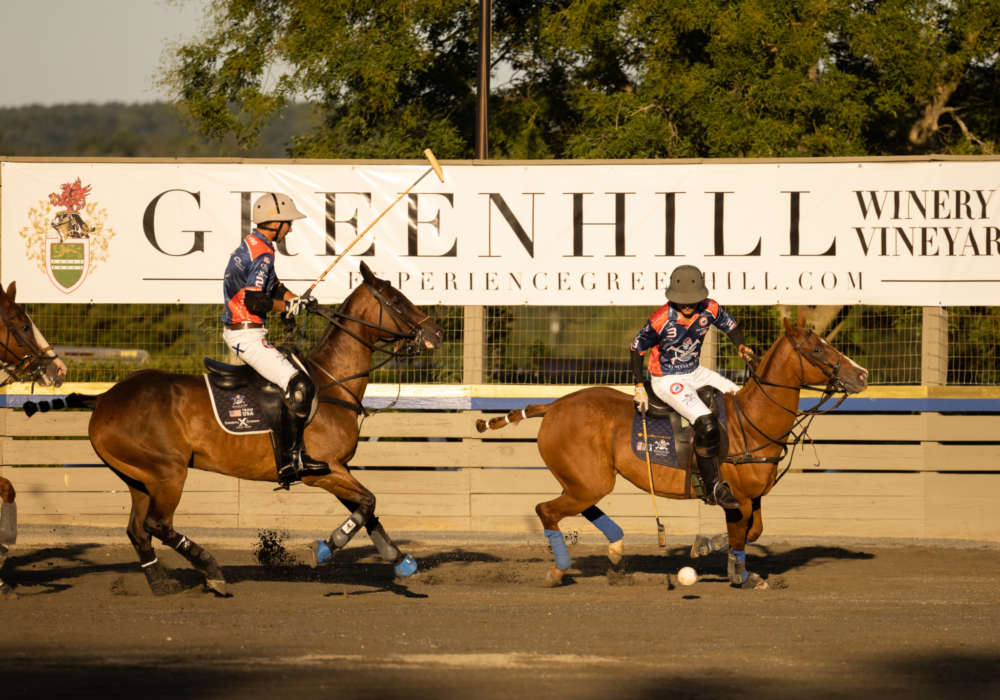 Hotels at Sea's Marcos Bignoli on the ball with teammate Tolito Ocampo close behind. ©Tony Gibson

Liberty Hall came out strong in the first chukker, scoring eight goals, including two two-pointers and doubling their opponents on the scoreboard. The scoring continued for a determined Liberty Hall throughout the first half, resulting in an 11-9 Liberty Hall lead. Despite outscoring their opponents in the second chukker and facing just a two-goal deficit at the half, Hotels At Sea made the decision to alter their strategic approach. The team’s ability to be flexible and adjust on the fly proved crucial. “We switched our strategy because Liberty Hall caught on quickly,” Salahi said. “Going down the center was better for us than going along the boards because they were beating us on the boards.” Hotels At Sea also received another important boost with the return of Tolito Ocampo. Relaying their second-half tactics, Ocampo remarked, “we started a little bit rushed, but when we began connecting with Marcos [Bignoli] we were more connected with our strategy.”

With the end of the fourth chukker rapidly approaching, Liberty Hall and Hotels At Sea found themselves deadlocked 16-all. With only forty-five seconds left in regulation, the last-minute heroic effort from Bignoli, feeding off the energized crowd, led to the game winning two-point goal. Bignoli was able to gain possession and hit a neckshot in the last moments of play, ending the game 18-16. Celebrating after the dramatic victory, Bignoli recalled, “I hit the ball with no time left and my eyes closed. Luckily it went in!” Ultimately, it was Hotels At Sea’s trust in each other and adjusting when needed that allowed them to reclaim their National Arena Chairman’s Cup title for the second year in a row.

Competing in 2020 as Celebrity Cruises, the Hotels at Seas trio was intent on defending their title despite Ocampo’s unexpected injury. “I am honored and thrilled to win consecutively with amazing teammates,” Salahi shared. “We wanted to win this tournament back-to-back and we’re proud that we were able to do it.”

Scoring a total of twenty-one goals throughout the tournament, Liberty Hall’s John Gobin was named Most Valuable Player. “We didn’t want to make too many penalties and we knew it was going to be a tight game at the end. We needed one more good horse and I think we could’ve won.” Gobin’s strong performance through the tournament did not go unnoticed by his competition, as Ocampo reflected on his previous National Chairman’s Cup victory praising Gobin. “Liberty Hall was a hard team to beat with John Gobin, he is the mind of the team,” Ocampo commented. 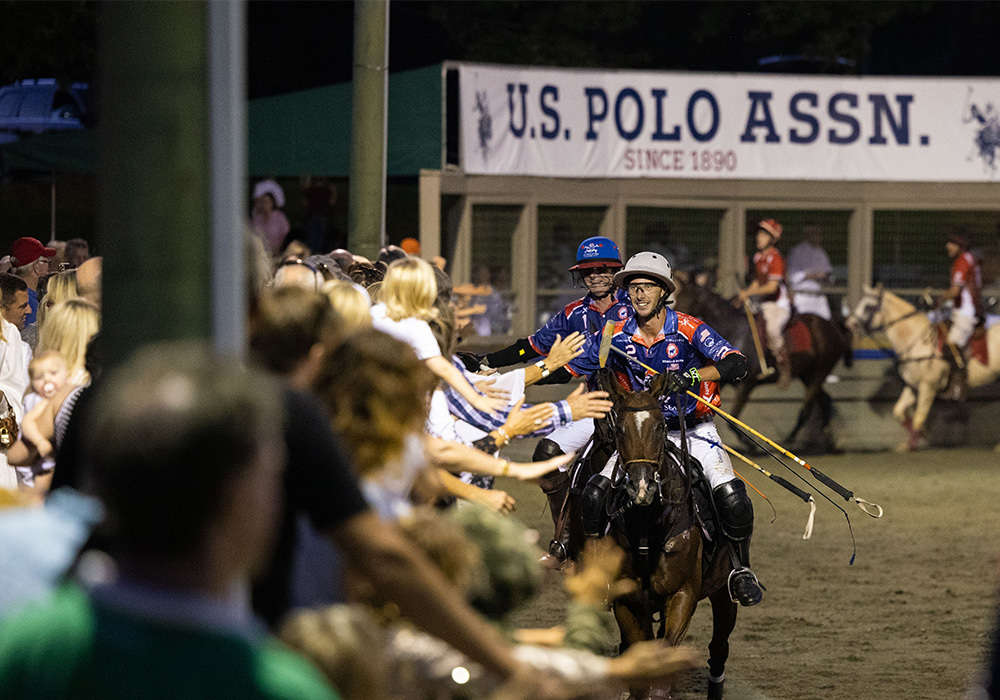 Best Playing Pony honors were presented to Yatay Alcon (Martineta x Ellerstina Picaro), owned by Bill Ballhaus and played by Tolito Ocampo in the second and fourth chukkers. A horse from Nacho Figueras’ breeding, Yatay Alcon has been played by Ocampo over the past five years. “Yatay Alcon is a small horse with a huge heart and he never gets tired,” Ocampo said. “He has amazing turns and his starting speed is great – he goes from zero to 100 in seconds!”

As a National USPA Arena Event, the National Arena Chairman’s Cup is a qualifying tournament for all amateur players -1 through 3 goals to earn points towards the National Arena Amateur Cup (NAAC) which will be held at Legend's Polo Club (Kaufman, Texas) November 2021.

*Marissa Wells is a Graduating Team USPA Member. Team USPA is a USPA program designed to enhance and grow the sport of polo in the United States by identifying young, talented American players and providing mentored training and playing opportunities leading to a pool of higher rated amateur and pro players and the resultant giveback to the sport of polo.