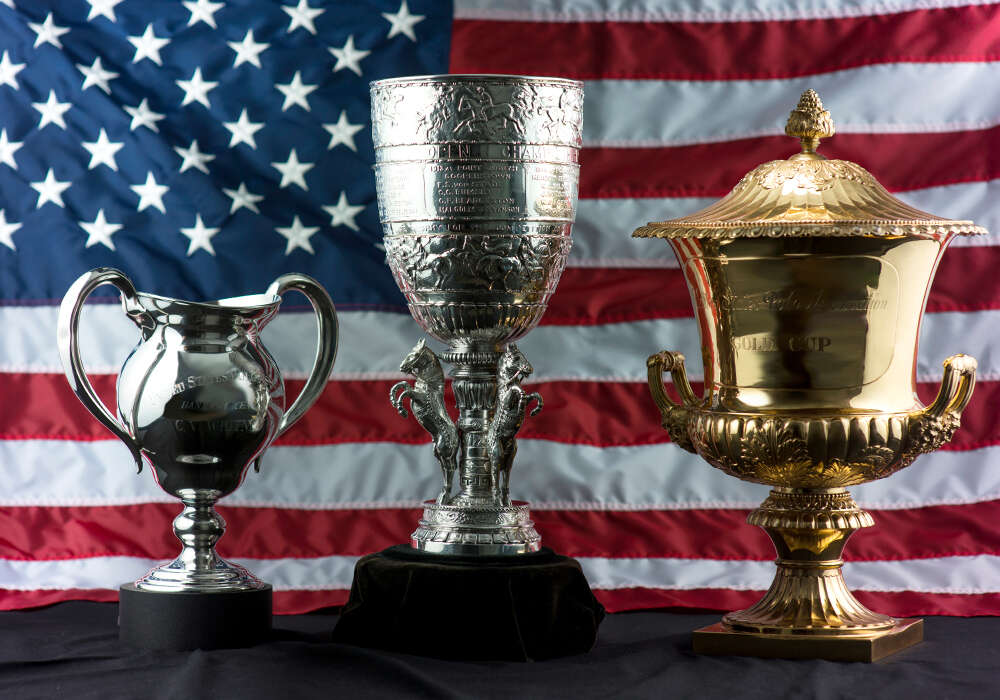 The United States Polo Association (USPA) and the National Polo Center (NPC) are delighted to announce the 12 teams that will compete in the 2023 Gauntlet of Polo. The prestigious Gauntlet of Polo returns for the fifth consecutive year in the wake of its continued success, drawing the world’s greatest polo talent to vie for the three most sought-after American titles, the C.V. Whitney Cup, USPA Gold Cup and U.S. Open Polo Championship. Similar to last year, teams can also enter any of the three tournaments individually. Two teams will take advantage of this opportunity, with one competing exclusively in the USPA Gold Cup and another exclusively in the U.S. Open Polo Championship. While teams can enter individual tournaments within the series, they cannot win the entire Gauntlet of Polo if they choose to do so.

This year’s competition features many returning players and teams, including reigning USPA Gold Cup and U.S. Open Polo Championship victors Pilot, as well as defending C.V. Whitney Cup champions, Park Place. Pilot will see the return of Matias Gonzalez for the first time since 2019, when he helped the team to Gauntlet glory in the inaugural event, which has not been achieved since.

The prestigious event will be highlighted by new teams, Dazos and Valiente. Although Valiente has not previously competed in the Gauntlet of Polo, the team is a renowned powerhouse, generating a great amount of success in the past. Boasting four C.V. Whitney Cup titles, five USPA Gold Cup wins and two U.S. Open Polo Championships victories, the team now searches to extend their success, and win the now dubbed Gauntlet as they achieved in 2017. 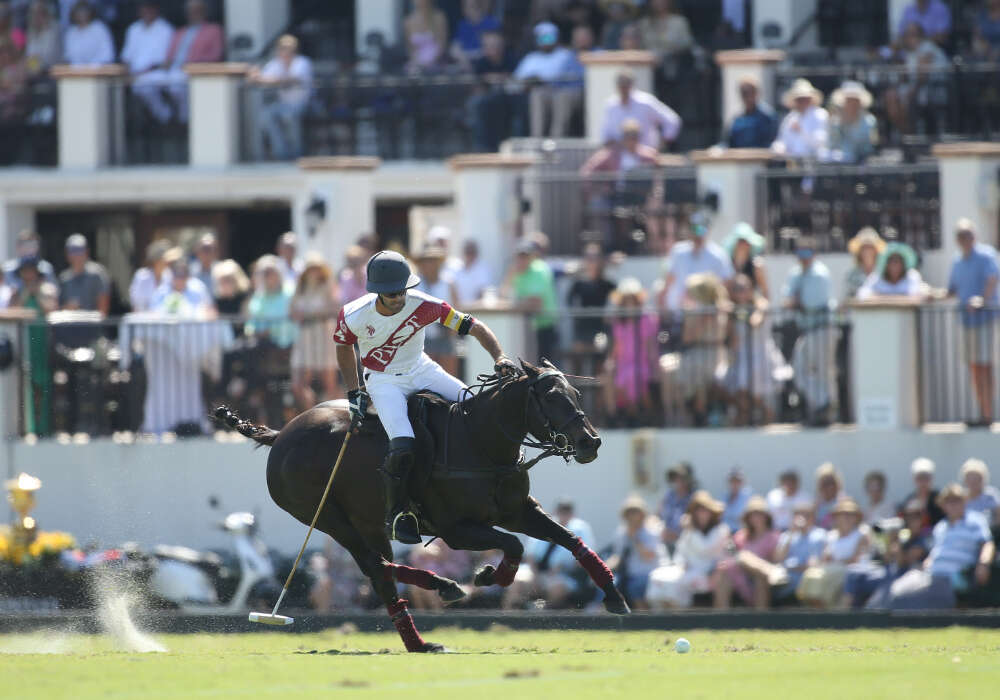 Team USPA, an Association program designed to enhance and grow the sport of polo in the United States by identifying young, talented American players will be readily represented in the series. Seven Team USPA alumni and two Active Team USPA members are represented on eight teams highlighting American talent.

Coming together in a commanding alliance, 9-goalers Pelon Stirling and Poroto Cambiaso look to repeat their recent success in the Argentine Open for third-year contender, Scone. Though Adolfo Cambiaso and son Poroto will play for separate teams this year, two other father-son duos will take the field together, with Rufino Bensadon and Pancho Bensadon joining Aspen and Santino Magrini and Matias Magrini on the CK Shack roster. 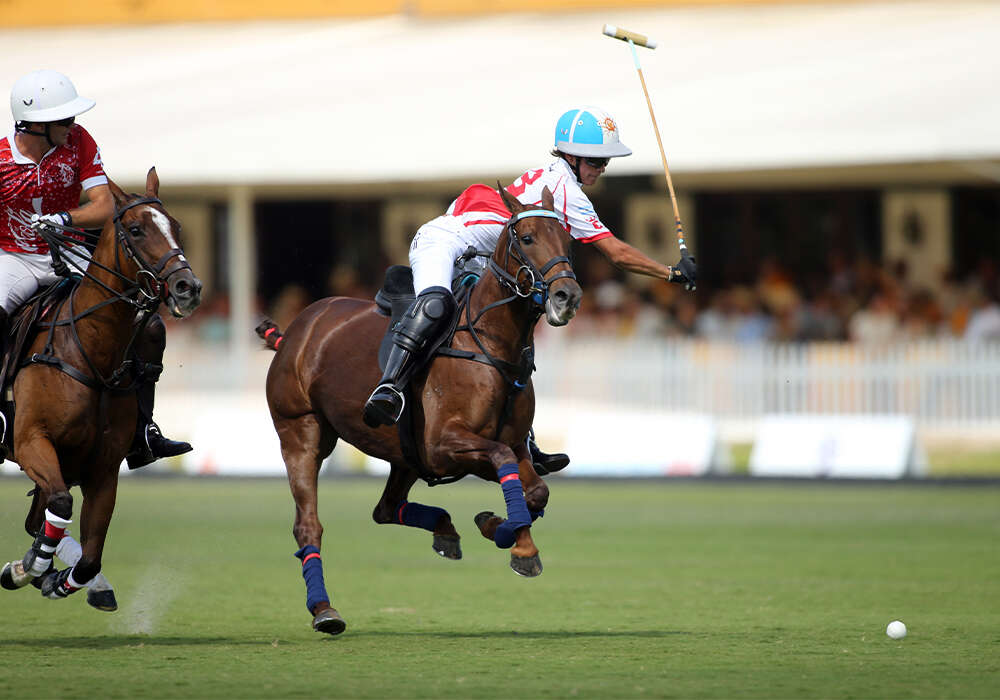 See below for the full list of team rosters to date*.

Teams competing in all three Gauntlet of Polo Events:

The 2023 Gauntlet of Polo will serve as the premier spectacle of the NPC season. “As is always the case with the Gauntlet, this edition will see all the teams stepping up the quality of horses and players in an attempt to achieve success. The Gauntlet represents excellence in U.S. polo. This year will raise the bar another notch,” said USPA Chairman Stewart Armstrong.

The three-part series will begin February 12-26 with the C.V. Whitney Cup, continue with the USPA Gold Cup from March 1-26, and conclude with the U.S. Open Polo Championship from March 29-April 23. The prize money distribution for the 2023 season will follow last year’s format. $50,000 will be awarded to each of the winning teams of the C.V. Whitney Cup and USPA Gold Cup and $100,000 will be presented to the winner of the U.S. Open Polo Championship. 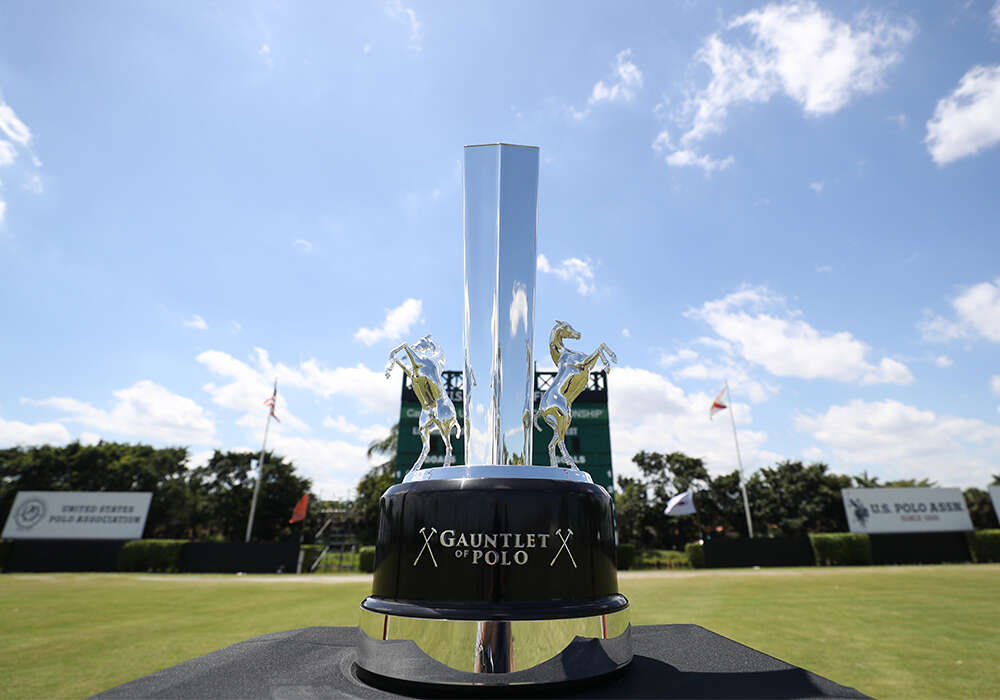 This year, livestream coverage will be provided by the USPA Polo Network. Livestreamed games can be watched on uspolo.org or across USPA social media channels, including YouTube, Facebook, Twitter and Twitch. ©Global Polo Entertainment

Hosted by the National Polo Center for the first year, USPA President and NPC Polo Operations, LLC Chairman Charles Smith detailed some of the facility improvements and upgrades that players and spectators can expect this season for the Gauntlet of Polo. “We have undertaken a major facelift of the stadium and grounds to improve the overall experience, but our primary focus has been to provide the highest quality fields possible for the Gauntlet teams.” He continued, “We have introduced a new software to streamline the ticketing and seating process and our hospitality group has upgraded the food and beverage service in the stadium. We have also improved the spectator parking and made it free of charge."

Also new this year, livestream coverage will be provided by the USPA Polo Network and will include the quarterfinals, semifinals and final of the C.V. Whitney Cup and the USPA Gold Cup. All games of the U.S. Open Polo Championship will be livestreamed. Livestreamed games can be watched on uspolo.org or across USPA social media channels, including YouTube, Facebook, Twitter and Twitch. To learn more about 2023 livestreaming on USPA Polo Network, please click here.

In addition to livestreaming on USPA Polo Network, Global Polo Entertainment and USPA Global Licensing extended their historic relationship with ESPN for two additional years in order to bring the finals of the top U.S. polo events to ESPN platforms. Games will be distributed on ESPN2, ESPNU, ESPNEWS, and available on-demand on the ESPN App. In 2023, games will include the most prestigious tournaments in North America, including the U.S. Open Polo Championship.

Tickets for Sunday Brunch and stadium seating for all Gauntlet of Polo tournaments on the U.S. Polo Assn. Field One can be purchased now at nationalpolocenter.com.

For more information on the Gauntlet of Polo series and rosters, please visit the page below.