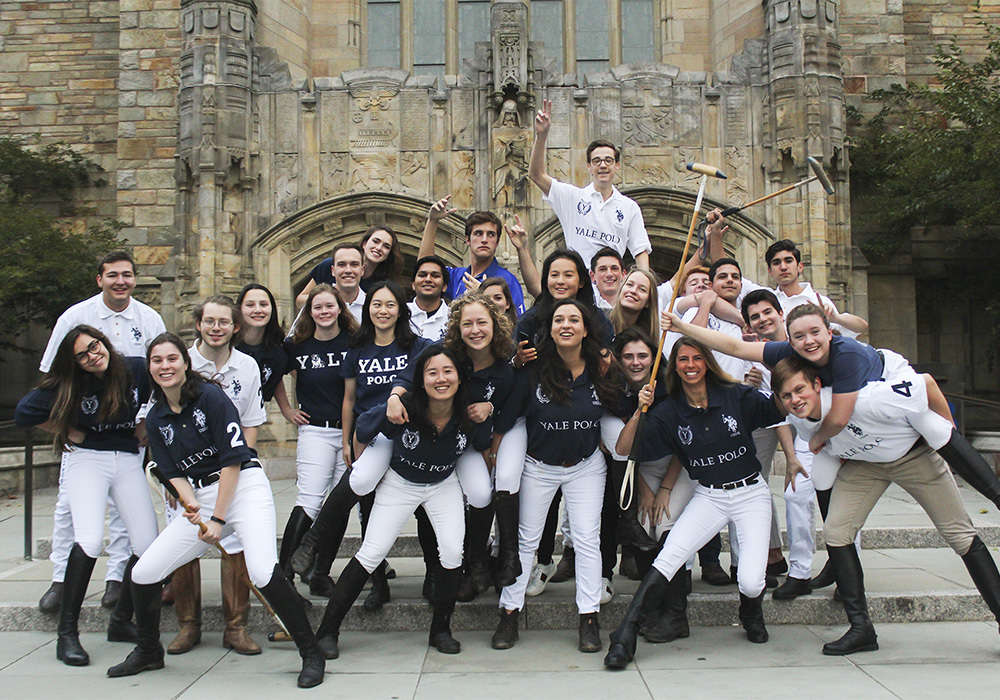 Yale Polo is more than a team. They are family.

U.S. Polo Assn., the official brand of the United States Polo Association (USPA), will again be outfitting competitive college polo players through its nationwide College Partnership Program (CPP). Through this partnership, complete game attire, including performance jerseys, equipment gear bags, white pants and polo shirts will be given to the participating USPA college polo teams along with a financial donation. In turn, the players will be wearing official U.S. Polo Assn. clothing while competing in games, running around campus, as well as during guest appearances and media interviews throughout the upcoming collegiate polo season.

“As the official brand of the sport of polo in the U.S. it’s important for us to give back to the young players who represent the future of the sport,” explains USPAGL president and CEO, J. Michael Prince. “The opportunity to connect with amazing young talent who represent U.S. Polo Assn. and our core values on and off the playing field is just another way for us to give back to the sport we love and connect authentically with consumers and sports fans around the world.”

A total of 28 schools have signed up to be a part of this year’s partnership program, representing 44 collegiate teams with 27 women’s teams and 17 men’s teams. The schools range from East Coast to West Coast, such as Yale and Stanford, and from large public schools to small private ones like Texas A&M and Skidmore.

“Being part of the Collegiate Polo Program is great exposure for us as students, as well as for our team and our school as we continue to play and promote the sport this season,” said Sofia Cianchi, a senior at Yale University studying economics and art history, “we love all the gear from U.S. Polo Assn., because it works very well for our games, and it looks great. Our team really appreciates the sponsorship and encouragement again this year!”

According to Carlucho Arellano, USPA Executive Director of Services, “our USPA collegiate programs are a vital part of fostering young polo players. We are proud to have U.S. Polo Assn. providing such great support for our college teams and the intercollegiate competitions through funding, outfitting and exciting digital media campaigns.”

U.S. Polo Assn. is the official brand of the United States Polo Association (USPA), the nonprofit governing body for the sport of polo in the United States founded in 1890, making it one of the oldest sports governing bodies. With a global footprint of $1.7B and worldwide distribution through 1,100 U.S. Polo Assn. retail stores, department stores, independent retailers and e-commerce, U.S. Polo Assn. offers apparel for men, women and children, as well as accessories, footwear, travel and home goods in 180 countries worldwide. Recently ranked the 4th largest sports licensor and 36th overall in License Global magazine’s 2019 list of “Top 150 Global Licensors”, U.S. Polo Assn. now takes its place alongside such iconic sports brands as Major League Baseball, National Football League and National Basketball Association.

USPA Global Licensing Inc. (USPAGL) is the for-profit subsidiary of the USPA and the exclusive worldwide licensor for the USPA’s global licensing program. USPAGL manages the global, multi-billion-dollar U.S. Polo Assn. brand and is the steward of the USPA’s intellectual properties, providing the sport with a long-term source of revenue. USPAGL also produces global broadcasts to bring the sport of polo to consumers and sports fans around the world including the GAUNTLET OF POLO™, the sport’s new high-goal $1M prize money series played on U.S. Polo Assn. Field.