THE WAITING GAME: BREEDING FOR POLO AT ISINYA HDC 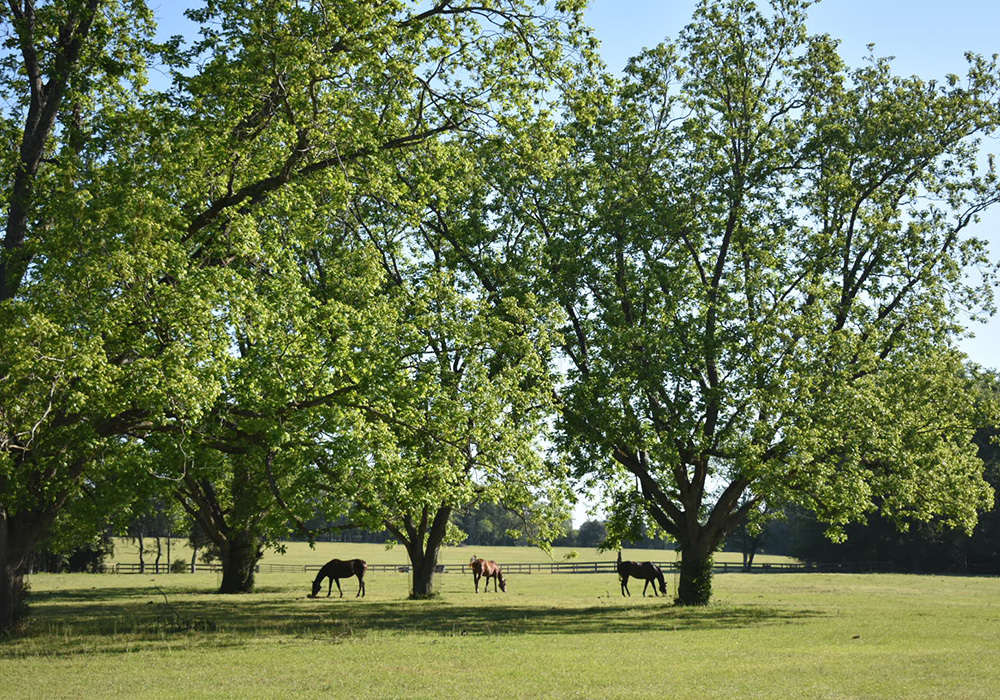 It’s a question which polo players, organizations and breeders have been trying to answer through trial and error since the inception of the game. Which method has the best chances of producing a steady stream of high-quality polo ponies or even one horse whose legacy will leave a mark on the sport forever? There are many opinions surrounding the topic and with so many avenues to choose from including breeding specific bloodlines, importing horses, repurposing off-the-track Thoroughbreds and even cloning, the exhaustive undertaking can be both time consuming and costly before ever yielding the desired results. Seeking to prolong the gene pool of his retiring champion mares in the hopes of breeding more with their qualities, former American 10-goaler and Hall of Famer Owen Rinehart and his wife Georgie established Isinya HDC (Horse Development Corporation) in 1992, a Thoroughbred polo breeding and training facility in Aiken, South Carolina. Named by Rinehart’s wife, a Kenyan native, “isinya” is a Maasai word meaning “a place of sand” which refers to Aiken’s natural terrain. A vision made into reality through the initial team effort of Georgie and Beth Skolnik, Isinya believes in the merits of breeding specifically for polo, a process which although requires a period of waiting, consistently results in young horses predisposed with a mind for the game.

Dedicating the past 28 years to managing the breeding side of Isinya, Skolnik has played an integral role along with the founders since day one, assuming the reins of the operation as the business evolved. Raised in Los Angeles, California, Skolnik got her start exercising polo ponies and helping to work games at Will Rogers Polo Club. Especially interested in green horses, Skolnik dabbled in training and found herself on the other side of the world working for Ellerston’s Kerry Packer in Australia. “They were also doing breeding, which I was really interested in,” Skolnik said. “I started working for Owen after I left Australia, and Georgie was excited to breed so that’s when I really started to get into it.” 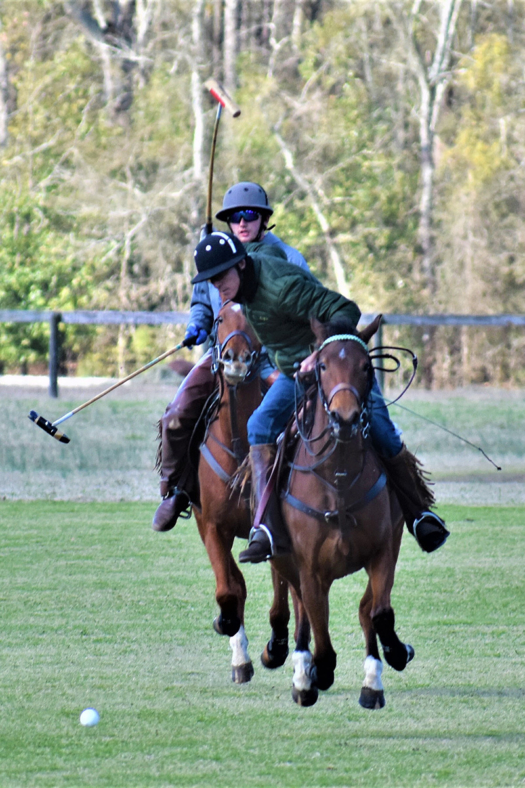 Frequented by many well-known polo playing families such as the Busches and Orthweins, high-goal teams like Valiente and players including 10-goaler Sapo Caset, Matt Coppola and Rob Jornayvaz, Isinya has earned quite a reputation among the highest level in the sport. Awarded ‘Best Breeder of the Year’ by the American Polo Horse Association in 2009, Isinya’s motto speaks for itself: “breed to the best and expect the best.” “Our percentage of horses that make it is very high because they are all bred for polo from proven stallions and mares, which generally gives them the right conformation,” Rinehart said. “I truly believe in breeding one-hundred percent for your sport,” Skolnik added. “The horses who have generations of polo behind them understand the concept. You can get lucky with an OTTB*, but we have so much more success breeding for polo. These horses play polo, it’s just at what level.” Distinguishing themselves by their ability to follow the progression of the game, high-goal polo ponies reveal their potential through autonomous decision making. “If I play with Owen regularly, some of the horses will start watching him and they’ll move down the field in response to what he’s doing, so they are grasping the idea and not just doing what you ask them,” Skolnik revealed. “The difference between a high-goal and a low-goal horse is when they are no longer just following the ball, but turning on their own and thinking to play the game.”

Breeding for a range of players representing every skill level, Isinya is flexible to the needs of their individual clients, with options including shipped semen, embryo transfer and breeding and foaling on site. "Some clients leave their mares for up to 60 days to determine the sex of the developing foal and others leave them to foal out,” Skolnik said. “You can even leave your mare for the day and we’ll breed her so you can have her home that afternoon.” A frequently used option is shipped semen and Skolnik organizes with each client’s veterinarian to see when the mares are ready to breed. A schedule is then created for each stallion during the spring and fall seasons. For mares currently playing, many owners opt for embryo transfer, a method which does not interrupt their career in addition to freezing embryos for mares to be bred at a later time. 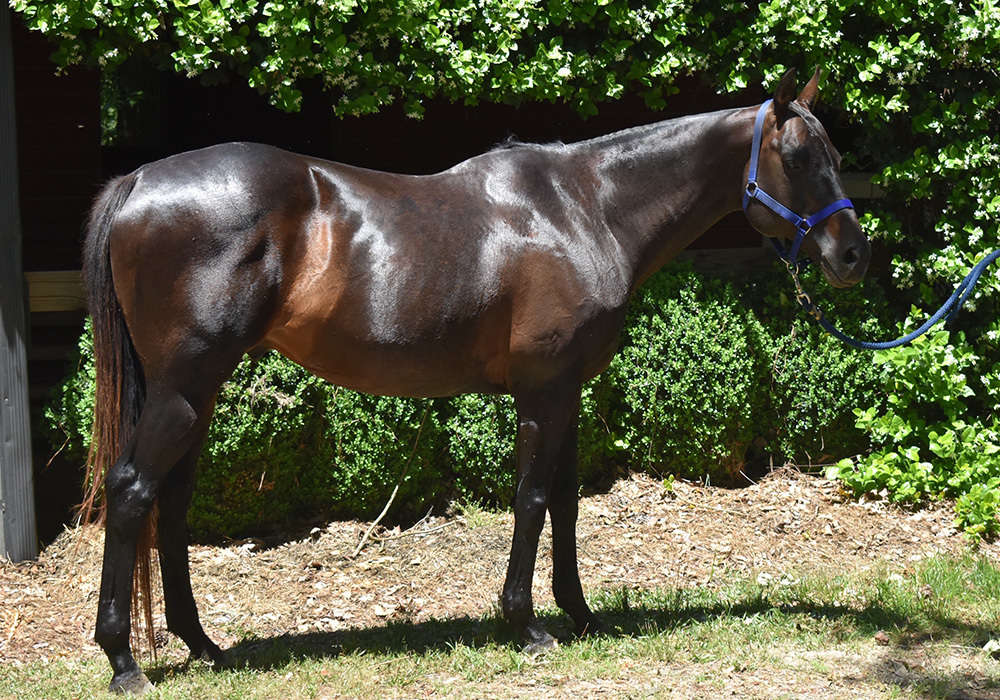 Chosen by a variety of high-goal players both American and Argentine, Isinya is an operation known for the quality of their horses and the knowledge of their staff. "We chose Isinya because we really liked Riverdance, but also Owen [Rinehart] has been in the industry for a very long time,” Matt Coppola said. “He has a really good group of people who work for him especially Beth [Skolnik] and Cam [Davis] who have played a huge role in our success in breeding. I have two mares about to give birth there that we are very excited about and my stallion Sundance will be there soon as well,” Coppola continued.

Aside from raising horses which go on to perform well for their owners in high goal, Skolnik is equally pleased to present low-goal owners with a foal from their favorite mare. Encouraging owners to breed responsibly, Skolnik advises that only a players’ best playing or favorite mares be bred to pass on those traits to the next generation. “If you breed the best bloodlines you can produce a horse that is even better than your best horse and that’s the goal,” Skolnik said. Seeing some owners often make the mistake of waiting too long to consider their breeding options, Skolnik’s advice is to explore doing an embryo transfer at an earlier age. Planning ahead for the future well before a mare has reached retirement age is a proactive decision owners can make for greatest success in having a foal. 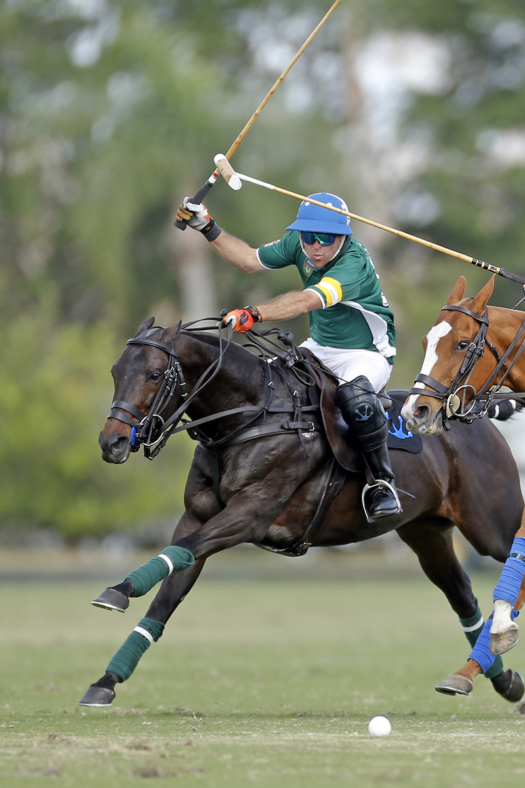 “Isinya was highly recommended and both Owen [Rinehart] and Beth [Skolnik] put a lot of effort into Dolfina Popular’s care and handle all the breeding details. I am thrilled that he is there and happy to have them both on our team.”  – Sapo Caset

While Isinya HDC offers an impressive selection of standing stallions such as Festival (Ventura x Cuartetera), Lord Easy and Sapo Caset’s Dolfina Popular (Durazno x Cuartetera), Skolnik emphasizes the importance of choosing a stallion for certain qualities. “It’s always important to ask people who have bred to the stallion you are interested in and get their opinion first,” Skolnik advised. Although stallions come and go from the farm over the course of the years, the ability to store frozen semen has allowed Isinya to continue to breed champions such as J5 Equestrian’s 2013 Willis L. Hartman trophy winner Open Medallón (Open Sunset x Ellerstina Medalla) and Dolfina El Boeing (Dolfina Millonario x Dolfina Lapa), named “Best Argentine Polo Product” at the 2011 Jockey Club Open, even after their return to Argentina. Offering a blend of Argentine and American bloodlines, current studs also include Rob Jornayvaz’s palomino stallion Dolfina Jordie (Machitos Chelo x Josie), Riverdance (River x Local Dancer) and Festival’s sire Ventura (Durazno x Buena Ventura) among others. “I love the Riverdance line because they play polo,” Skolnik said. “His offspring are very balanced, fluid and they have great minds. They are also comfortable to ride which he passes on to his babies. I’ve bred to him a couple times and they are athletic and so willing.” 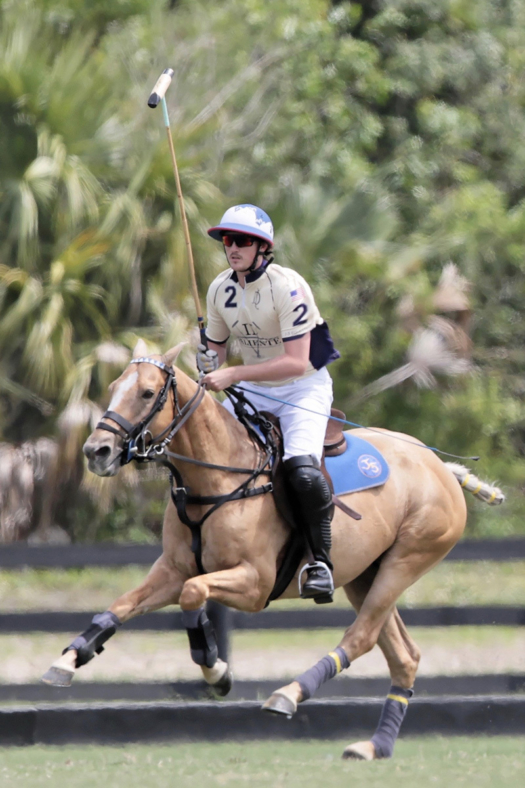 After 11 long months anticipating their arrival, handling foals and watching the combinations and traits come to life in promising young polo ponies is the highlight of Skolnik’s day. A fixture in their lives since birth, Skolnik finds early exposure to humans to be tremendously helpful in their later training. “The foals have human contact right away, so I find that makes it a lot easier to tame them,” Skolnik said. Often testing their boundaries in humorous ways on a daily basis and learning from their mistakes, the foals are very comfortable around humans and even affectionate. “I like to tame them at two or even a year and a half because at three they are more set in their ways,” Skolnik said. “The younger they are the more open they are to learning and accepting what I am asking them to do.” Currently caring for two frisky foals, a palomino filly named Jingle Bell (Dolfina Jordie x Merry Christmas) and Machitos Joshua (Durazno x Machitos Jazzita), Skolnik is preparing for several more as the busy foaling season approaches. 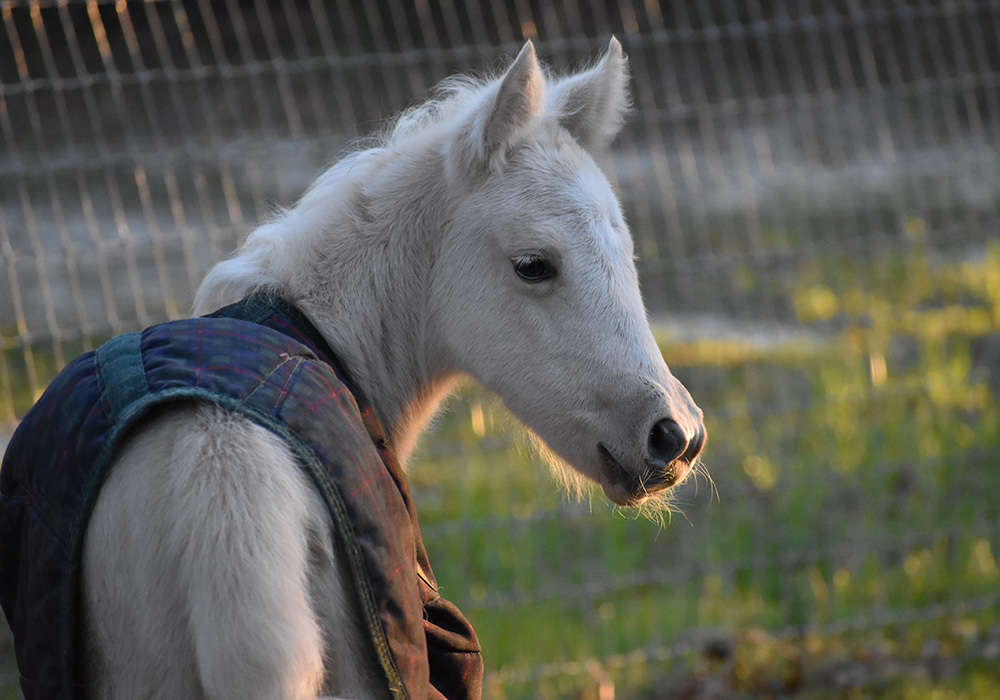 Resisting the urge to push a talented prospect too fast, the old adage, “good things come to those who wait,” certainly rings true on the journey to unlocking a polo pony's full potential. Competing in the United States’ most prestigious tournaments, horses representing almost every high-goal team playing in Florida have benefitted from Isinya’s ideologies on breeding or training. All their years of effort culminating on the field, the entire team is invested in the success of their young horses, watching several compete this season who were trained at the farm. “Here everyone is involved in the process at different stages so when a horse does really well it reflects on all of us,” Skolnik shared. “It’s incredibly rewarding but it takes a long time to get them to that level where they are mentally ready for a sponsor or a pro to go to the hammer on them. Many people don’t want to wait five years to play a horse who is still maturing but it’s worth it in the end.” Developing quality polo ponies is truly a craft, but one Isinya approaches with a considerable amount of patience and expertise. Setting a standard recognized by the best in the business, Isinya’s consistency demonstrates why exercising patience often produces the best results.