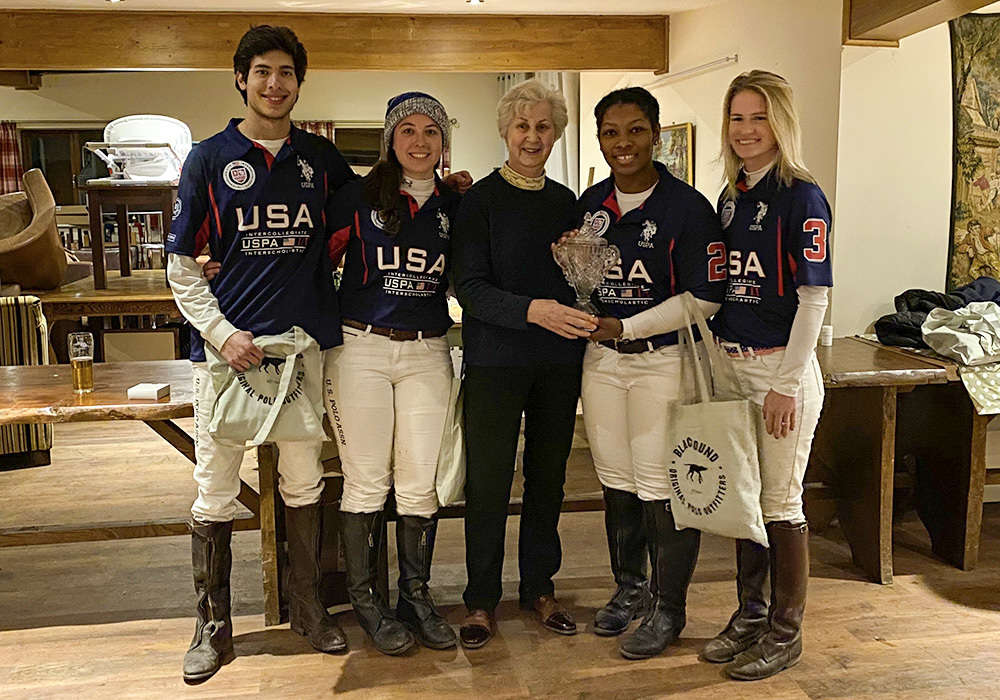 The Schools & Universities Polo Association (SUPA), which promotes and develops interscholastic and intercollegiate polo across the United Kingdom, received two goals on handicap at the onset of the game. Within a minute of play, the starting trio of Agee, Harris and Schwingel made up the difference. SUPA would score a field goal bringing the lead to one that Harris would counter to tie the score again. USA fouling trouble earned SUPA an automatic goal Penalty 1 to gain a slight advantage. A field goal from Agee kept the score 4-all, however a Penalty 2 conversion from SUPA ended the chukker 5-4 in favor of the Brits. Playing a four-man rotation, Felhaber entered the arena in the second chukker substituting for Agee.

USA struggled to find their groove in the second, with several bad luck shots. They did not let it deter them, however as they dug deep each chukker to fight their way back. SUPA scored first in the second with a two pointer, and before the USA could clear the ball, SUPA added another to the tally to increase their double lead 8-4. USA was able to add two more field goals from Felhaber and Harris to end the half trailing by two 8-6. 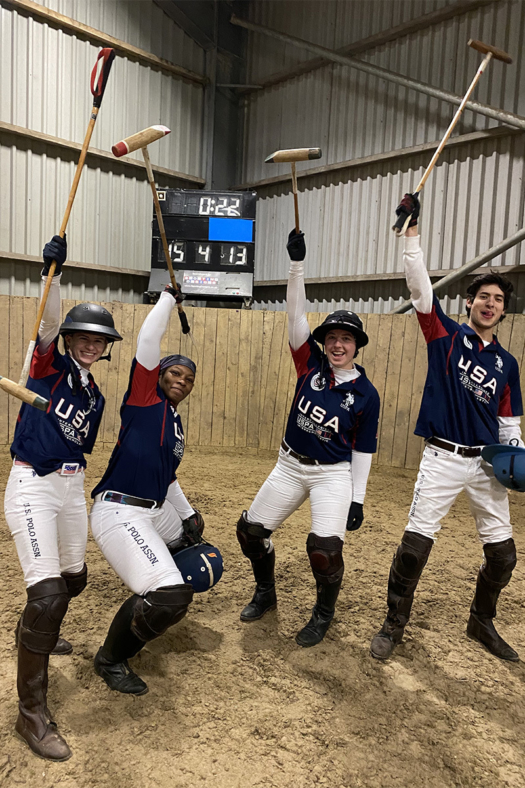 Team USA poses in the Arena with mallets in the air.

Starting the third, Agee was back in and Harris sat. Agee wasted no time by sinking a Penalty 2, which was then answered by three SUPA field goals, but the USA team would not find the goal again this chukker sending the Americans into the final chukker down by four 11-7.

Harris would come back in for the fourth chukker with Schwingel taking her turn to rotate out. A calm USA took the field and began to slowly chip away at the deficit. Agee scored on the first play, right out of the throw-in. USA was then awarded a spot hit which proved to be the turning point of the game. Agee controlled the ball taking it to the right wall, a defender on her hip. With one powerful neckshot she sunk a two pointer putting USA within one.

USA conceded a Penalty 1, increasing SUPA’s lead to two. Felhaber ticked away one more, but SUPA retaliated immediately with a field goal of their own to maintain the two-goal lead 13-11.

Still digging, Agee found the goal once from the field and once from the penalty line tying the game 13-all with two minutes and twenty seconds left in regulation time. On fire, the U.S. took the lead for the first time off a Penalty 1 followed by a field goal from Agee with just under a minute and a half to play. Big, clear shots and solid defensive strategy kept SUPA from scoring further as the USA intercollegiate team were crowned champions once again 15-13. 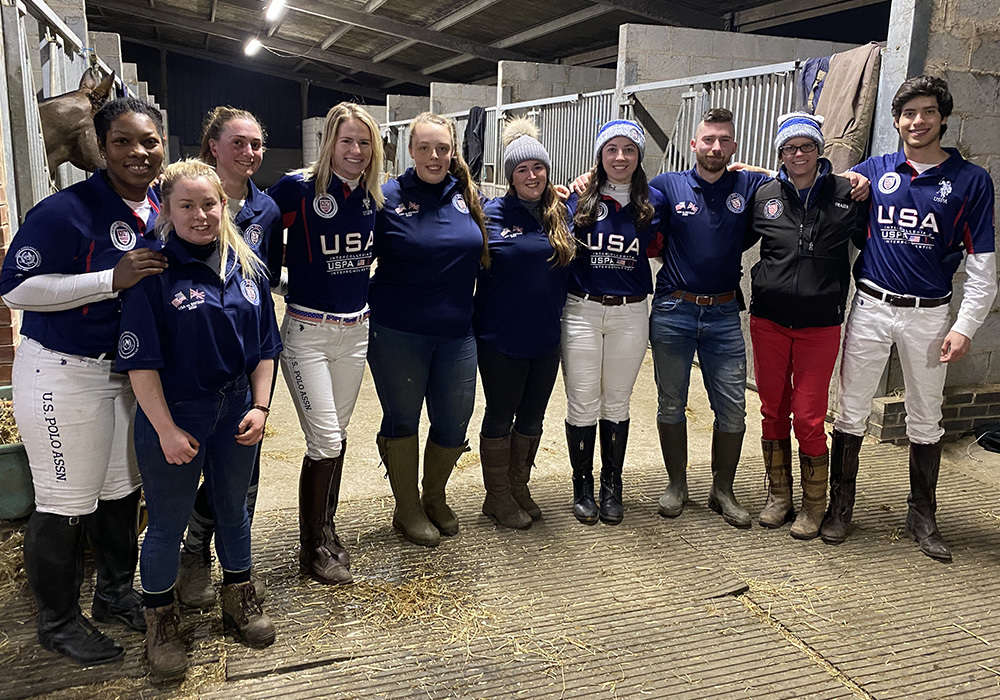 “I am extremely proud of this team,” said Amy Fraser, Director of Intercollegiate/Interscholastic (I/I) Polo. “It is not an easy task to play with a completely new team, on new horses, in the environment of international competition. Add to that a four-man rotation which involves playing with a different makeup of players in each chukker. Never once did the spirit of the team drop or their determination to win waiver when they were down. Win or loss, the biggest accomplishment this team achieved was the recognition by the horse provider in how beautifully each player rode and played their horses, showcasing the horsemanship and sportsmanship we instill in the I/I program.”