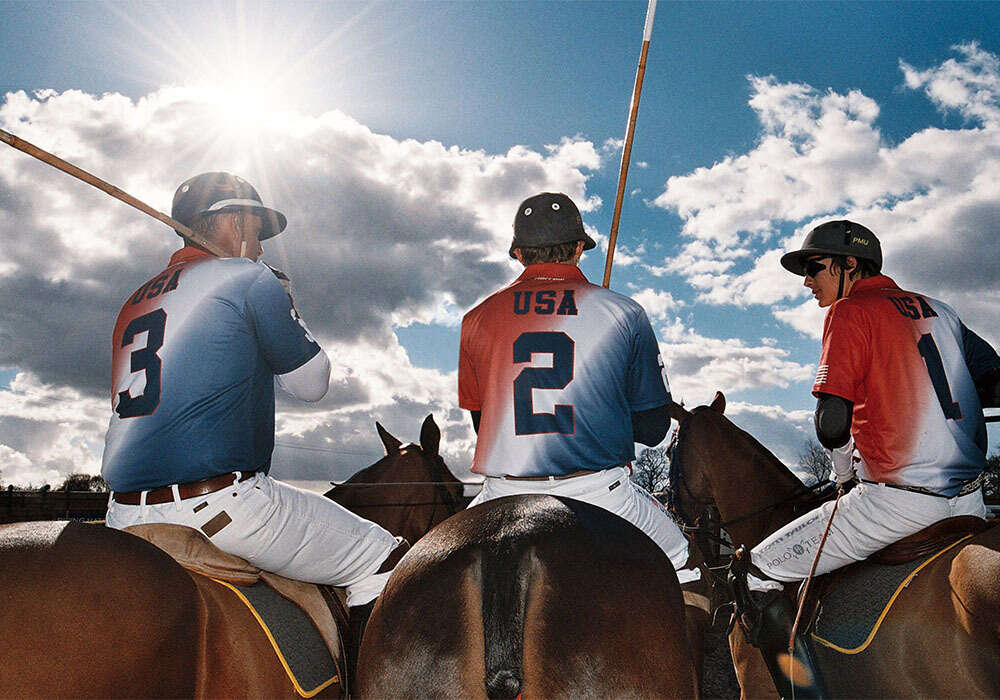 This January, two prestigious international tournaments, the Bryan Morrison Trophy and the Intercollegiate Challenge Cup, will see teams from the U.S. traveling to England to compete.

The Bryan Morrison competition will return to the All England Polo Club in Hickstead, England, on Saturday, January 21, 2023 at 1:30 PM (local time). The tournament was named after the late Bryan Morrison, a successful music mogul known for publishing music by the Bee Gee’s, Wham and George Michael. Morrison was president of the Ham Polo Club in London, where he learned to play polo. He then went on to start his own polo club, The Royal County of Berkshire Polo Club. He passed away at the age of 66 in 2008. The event was started in his memory in the year that he died and continues to draw some of the top arena players in the sport to compete. The tournament is played as a single game on alternate years, with the Townsend Cup serving as the complimentary U.S. tournament. 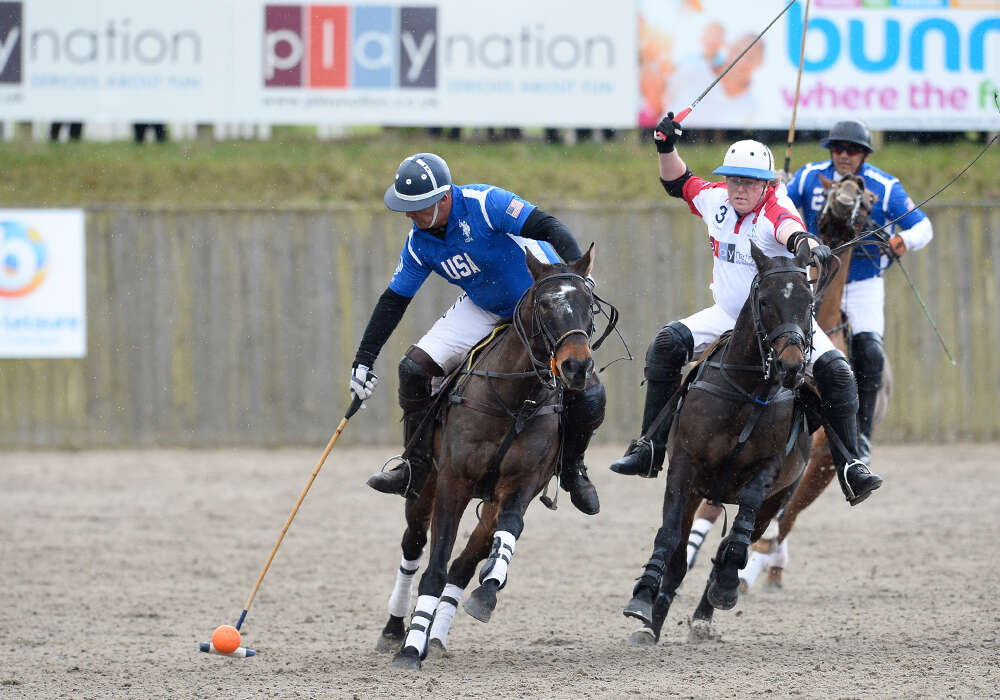 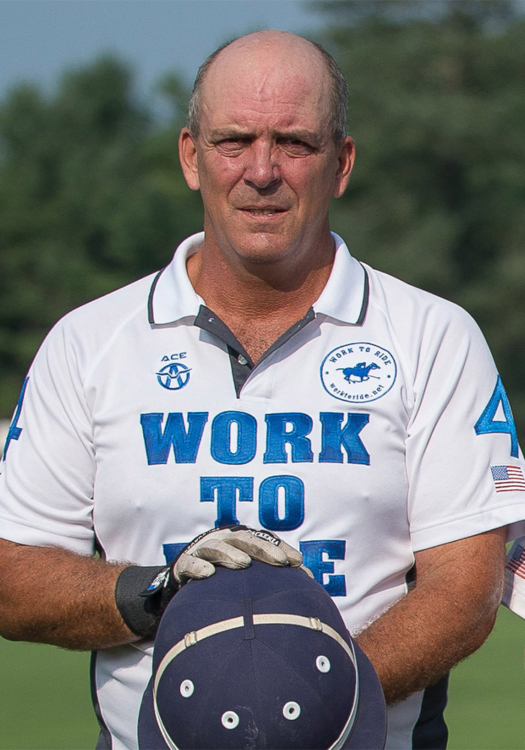 Biddle is an extremely accomplished arena player, representing the highest level of the sport at 9-goals. He is a four-time winner of the Townsend Cup, two-time U.S. Open Arena Polo Championship victor and three-time United States Arena Handicap champion. To add even more prestige to his name, Biddle is part of an elite group of U.S. Open Polo Championship victors, capturing the title in 2002 with Coca-Cola.

Walton brings youth to the team at 22-years-old. He recently triumphed in the U.S. Open Arena Polo Championship, showcasing an impressive level of arena prowess at a young age. 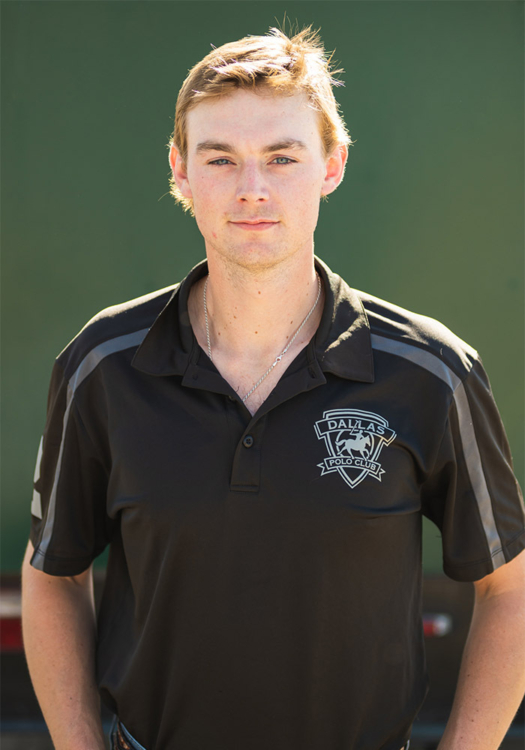 Outside of of the I/I program, Viana and Uretz have also created a great amount of success for themselves. Viana captured the U.S. Open Arena Polo Championship three consecutive years. Similarly, Uretz has won the United States Arena Handicap and also captured the Intercollegiate Challenge Cup for USA that same year.

Uretz and Viana both bring with them experience as Team USPA alumni. Team USPA is a program designed to enhance and grow the sport of polo in the United States by identifying young, talented American players and providing mentored training and playing opportunities leading to a pool of higher-rated amateur and pro players and the resultant giveback to the sport of polo. The two have also played together on multiple occasions, most notably in the 2015 FIP World Polo Championship, where they helped secure the silver medal for the U.S. 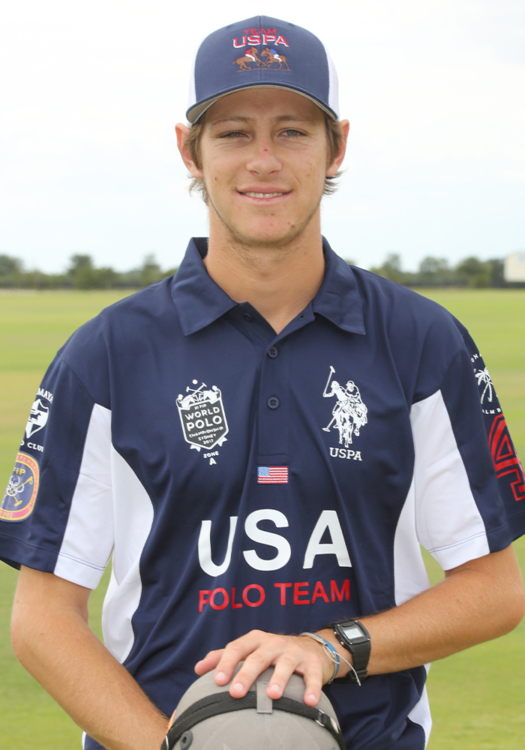 Uretz and Biddle also have history playing together, with the pair helping secure the 2014 Bryan Morrison Trophy win, marking the only time the USA has triumphed in the international contest. 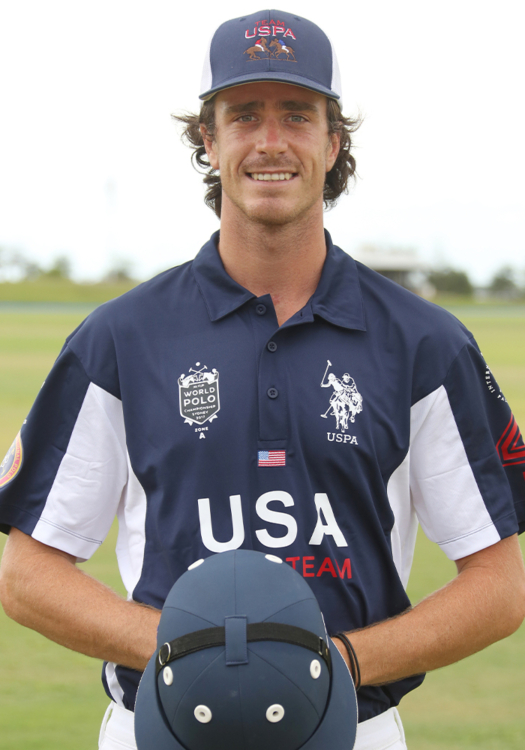 Thrilled at the international opportunity, Krueger shared, “It’s fun for the players to be able to represent their country and it’s good for polo to have these international games. It’s so important and something people really look forward to watching!”

A talented and well-rounded group, the team looks to bring home the trophy for the United States for the first time since 2014.

The second prestigious international event ringing in the new year is the Intercollegiate Challenge Cup. A collegiate-level competition between teams from the USPA I/I Program and Schools and Universities Polo Association (SUPA) Britain, the Intercollegiate Challenge Cup will be played on January 21, 2023, at the All England Polo Club, directly before the Bryan Morrison Trophy. Admission to this event is included in ticket purchases for the Bryan Morrison Trophy.

Back after a three-year hiatus due to the pandemic, the Intercollegiate Challenge Cup invites intercollegiate players in the U.S. to apply for the opportunity to compete in elite international competition. Director of I/I Polo, Amy Fraser, shed light on the application process and the interest the tournament has attracted. “All levels of collegiate players are encouraged to apply to compete, making it tangible for any student-athlete to have the opportunity to be selected. We typically have over 30 players apply for four spots and selection is based on sportsmanship, horsemanship and playing ability. The focus, too, is selecting players that will work well together as a team, all while staying within a certain handicap level of the event.”

Thrilled to have the competition returning, Fraser shared, “I’m delighted after a three-year hiatus that both organizations, I/I and SUPA, are going strong and able to continue our tradition. It is a great opportunity to mix players from different programs and highlight talent from two different countries.”

Ranging in experience level and handicap, meet the players that will represent the United States in the prestigious international collegiate competition. 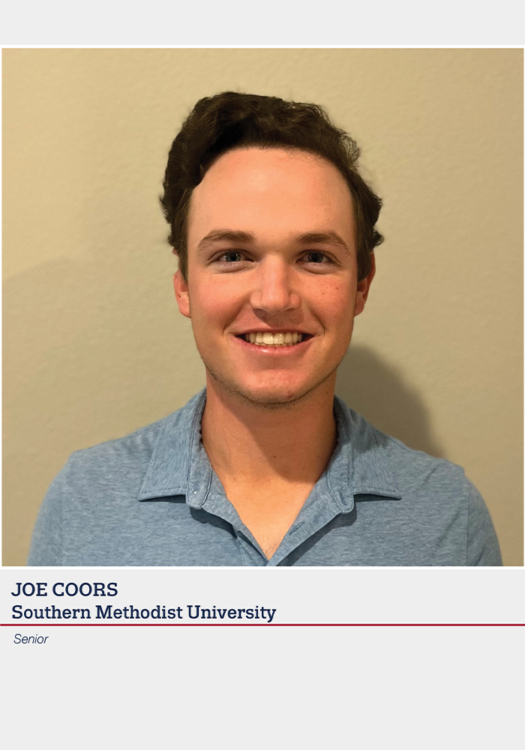 Arena Handicap: 3
Coors is a senior at Southern Methodist University (University Park, Texas) studying finance and sports performance leadership. He began playing polo around the age of 12 with lessons and kid’s leagues in Indio, California. In high school, he took care of his horses year-round playing in Colorado, Wyoming, California, and Jamaica under the mentorship of Mark and Jason Wates. While he didn’t play arena polo until college, the guidance of Tom Goodspeed and Brendon Stenzel helped him transition to arena quickly. 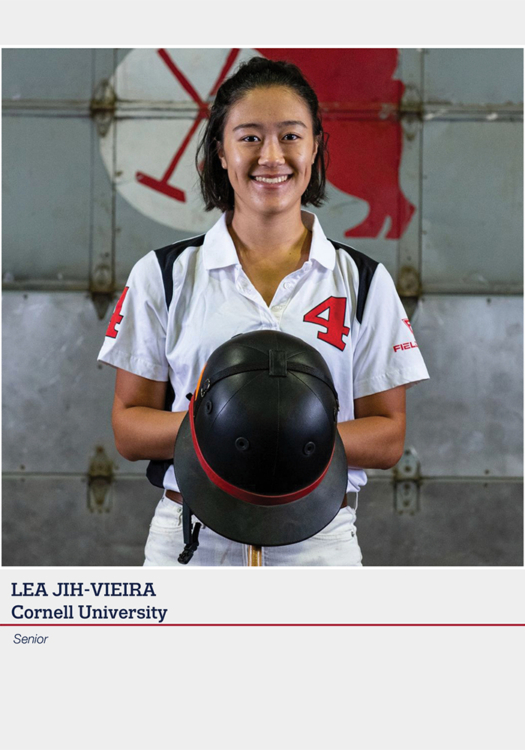 Arena Handicap: 1
Jih-Vieira started in hunter/jumpers when she was a child and made the switch to polo at 13 years old despite being left-handed. In middle and high school, she played for Mountain View Polo in Charles Town, West Virginia, as the captain of the girls’ interscholastic team. Now, she currently plays for the Cornell University (Ithaca, New York) Division I team as the women's captain. 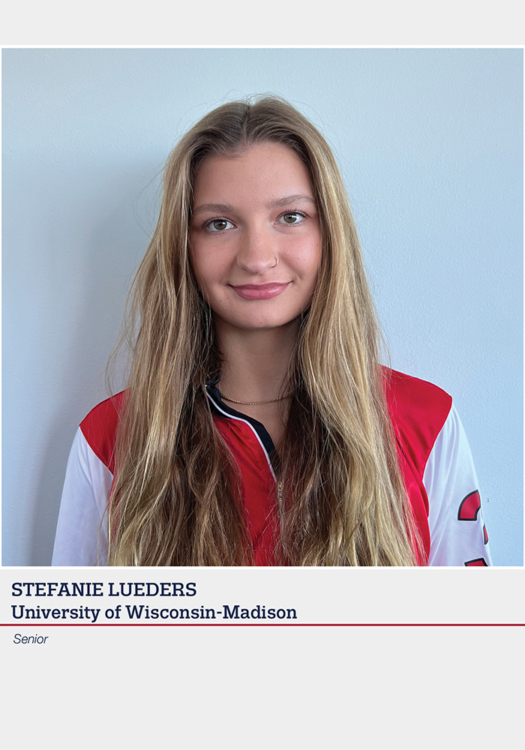 Arena Handicap: 0
Lueders is a senior at University of Wisconsin-Madison (Madison, Wisconsin) double majoring in Environmental Science and Conservation Biology, on a pre-vet track. She has been riding her whole life and started playing polo in high school. Lueders has been playing for UW-Madison since her freshman year, where she also helps coach club members and serves as the Horse Care and Team Manager. 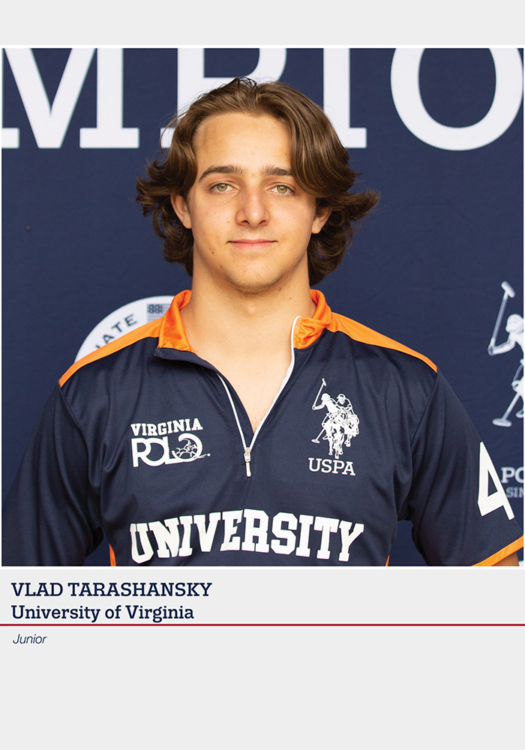 Arena Handicap: 2
Tarashansky is a second year at the University of Virginia (Charlottesville, Virginia) studying computer science. During the summers, he returns to his hometown in Long Island, New York, to play outdoor polo. Tarashansky has been playing polo for close to 11 years. Coming from a family with no equine background, he was initially introduced to horses through hunter/jumper lessons. Jaded by showing, his trainer recommended polo and he hasn’t looked back. He has found great success in the arena, winning the 2021 Open National Interscholastic Championship with Gardnertown Polo Club (Newburgh, New York), where he was selected as an All-Star, as well as the 2022 Division I Men’s National Intercollegiate Championship with UVA.