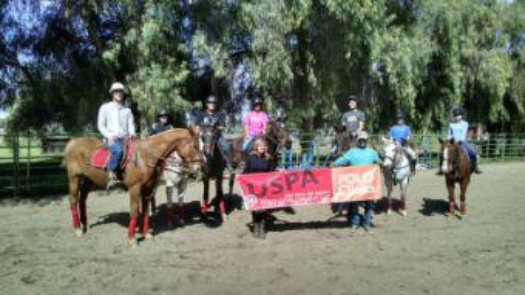 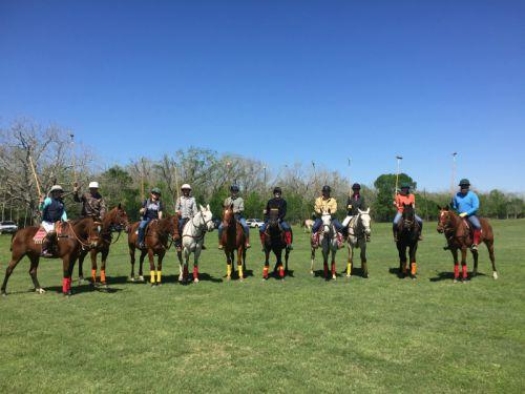 One of the newest USPA Clubs, South Texas, located about two hours outside of Houston, hosted its first USPA Clinic on March 19-20 with USPA Clinicians Carolyn Stimmel and Team USPA Player Tiamo Hudspeth. South Texas Polo Club, hosted the USPA Clinic in an effort to gain momentum with new students and convert a handful to players.

On Saturday, Carolyn and Tiamo began by introducing the players to the USPA and taught basic hitting with foot mallets, before leading the group through tacking up their horses. The clinic attracted students of varying abilities, and the group was split into two sections based on past experience and knowledge. Tiamo and Carolyn walked them through basic game strategy, providing enough instruction for players to feel confident in a chukker. The clinic continued through Sunday, with a few new additions, players improved upon skills from Saturday and ended with a series of coached chukkers, incorporating club owner Bob McCann to help keep the ball moving. In all, it was a fantastic clinic with outstanding people! Judging from all the positive feedback and enthusiasm, the USPA Clinicians will surely be back at South Texas Polo Club again soon! 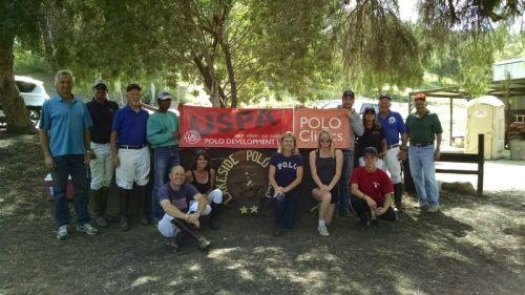 Since purchasing Lakeside Polo Club in 2014, Nicole and Darren Bankhead have been devoted polo supporters. Host to USPA National Youth Tournament Series Qualifiers, clinics, and other USPA Tournaments, the Bankheads were eager to continue to build on their lesson program. With that mission in mind USPA Clinician, Henri du Toit, travelled to Lakeside Polo Club, located outside of San Diego, California on March 19-20, for a weekend of USPA Clinics offered to everyone, from their newest players to their most experienced.

On Saturday morning Henri began with a group of Lakeside’s newest players. They started off with a chalk-talk and foot mallets, before mounting up and performing drills on horseback. They focused first on riding and hitting basics before moving on to strategy and defensive basics. Henri was joined by Nicole every step of the way, who helped with team-teaching. Nicole also acquired new tools on how to grow her program and create Lakeside’s next generation of players. The advanced afternoon group was ready to start after lunch. Following a quick chalk-talk they mounted up and spent the rest of their time performing riding and hitting drills to work on the basics and improve their technique. Nicole decided to ride in with the advanced group to view the clinic from the student’s perspective, taking another opportunity to further her polo learning.

Everyone met again on Sunday for coached chukkers and more extensive strategy sessions. Each group focused on learning the keys to playing safe polo; going to the man, hitting the ball cleanly, and playing as a team, regardless of prior experience. Henri then had the players ask questions that were still unanswered, making sure to cover anything that he hadn’t yet touched on.

It was another exciting and informative weekend at Lakeside Polo Club. They plan to host a National Youth Tournament Series Qualifier later in the year.