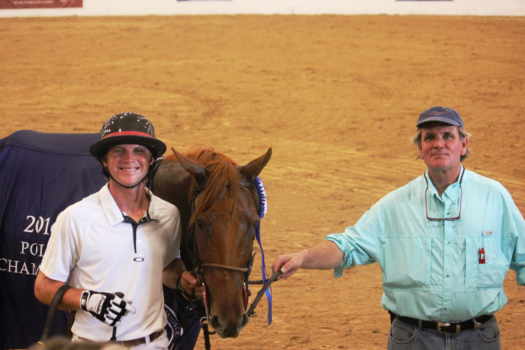 Over the last weekend of October at the historic Kentucky Horse Park in Lexington, Kentucky, the Retired Racehorse Project (RRP) hosted their $100,000 Thoroughbred Makeover and National Symposium Presented by Thoroughbred Charities of America (TCA). The event featured 300 Off the Track Thoroughbreds (OTTB’s) performing in 10 equestrian disciplines who have each received less than a year’s training in a second career. 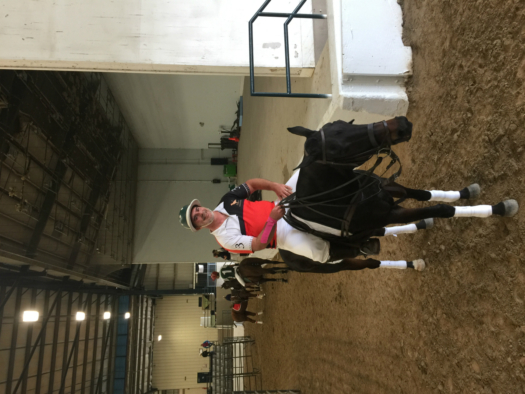 This is the fourth year the United States Polo Association has been involved with this organization/event at the recommendation of Neil Agate, Maryland polo player and strong advocate for OTTB’s. This year, the USPA served as the presenting sponsor for the Polo Discipline Division. On Thursday, October 27, 17 participants entered the Polo Discipline for 5-7 minute performances showcasing the agility and movements of the polo pony, as well as their progression of introducing the mallet and ball to the horse with different shots in polo. This year’s judges were Charlie Muldoon, Executive Director of the USPA Umpires, LLC, and Jorge Vasquez, Manager of Commonwealth Polo Club; with USPA Polo Development Intern Lara Straussfeld serving as the Competition Steward.

USPA CEO Duncan Huyler was on hand for the event and commented “The quality and turnout of the group of polo entries was incredible, highlighting the dedication and commitment of both the professionals and amateurs competing at this years’ RRP. The USPA family is proud to support Off the Track Thoroughbreds and particularly this event, which was so well received by everyone in attendance.” 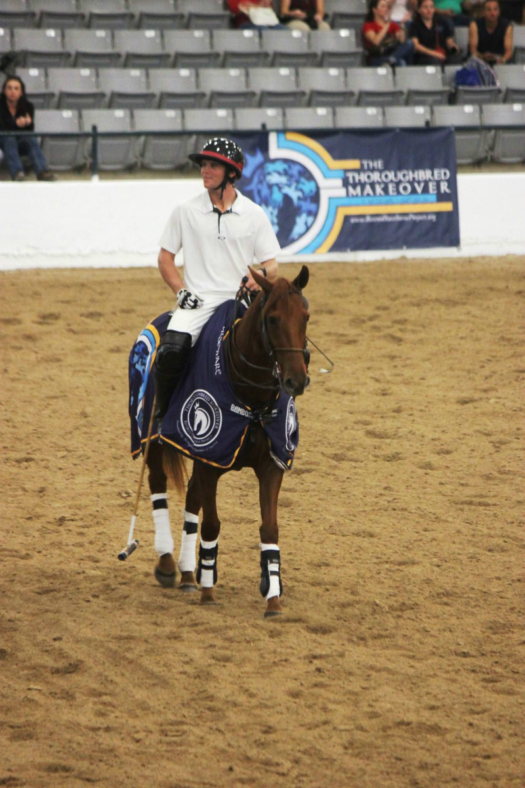 Buck Schott with his filly Strong Angel during the “America’s Most Wanted Thoroughbred” Parade. Photo courtesy of Rebecca Bowman.

For judge and lifelong equestrian Charlie Muldoon, who has given hundreds of OTTB’s second careers, the Retired Racehorse Project Thoroughbred Makeover is, “an inspiration, this event brings many people and equine disciplines together for such a great cause.”

After Thursday’s competition, the top three competitors; Buck Schott, Marisa Bianchi and Juan Carlos Gonzalez advanced to Saturday’s championship round. It was a close and competitive finale showcasing the level of horsemanship involved in the sport of polo and the pure athleticism of great polo prospects who will go on to have successful second careers in the sport. When the dust settled in the arena, Schott and his 4-year-old Ohio bred filly Strong Angel emerged champions in the polo division, earning a $5,000 award from the Retired Racehorse Project. In addition to first place, cash prizes were award to second and third, top junior and top amateur.

For more information about the event, please contact Justin Powers, Director of Club Development at jpowers@uspolo.org.