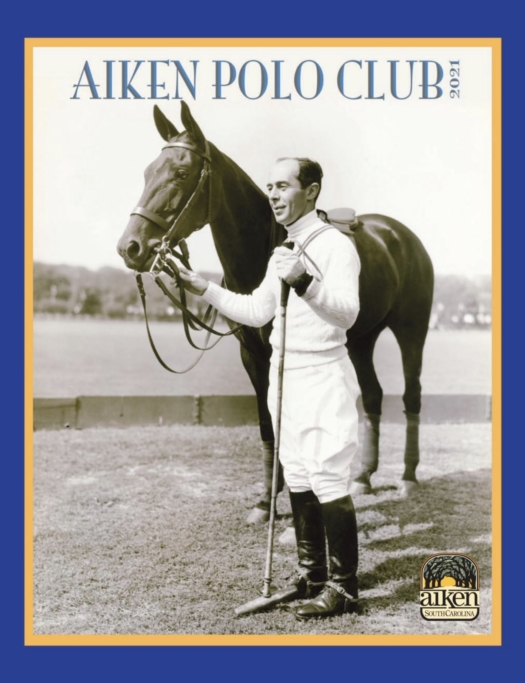 After a hiatus of more than 50 years, the Aurora Polo Team is returning to Aiken Polo Club this spring. The Aurora team was founded by Seymour Knox, a member of the Polo Hall of Fame. Knox, who had a farm in East Aurora, New York, near Buffalo, bought his first polo pony while visiting Aiken in 1922, and the following winter the Aurora team made its debut on Aiken’s Whitney Field.

Seymour Knox became a skilled and dedicated amateur player, and his Aurora team included some of the top poloists of the Golden Age of the 1920s and 1930s. Aurora played in and won the best tournaments in America, including the U.S. Open Polo Championship® (1934), and they also played in England and Argentina. After Seymour (who reached a high of 7 goals) retired from high goal play, his sons Seymour III and Northrup carried on his legacy. Aurora likely made its last appearance in Aiken on March 24, 1968 when Norty (8 goals) was joined by Juan Carlos Harriott (at the time the only 10 goaler in the world), Heath Manning and Raymond Guest to contest the David Dows trophy against Aiken (Pete Bostwick, Alan Corey Jr., Alan Corey III and Darnell Boyd.) Aurora (referred to as Buffalo in the Blue Book) won by a score of 10-7.

This April, Richard Schmon, who is Norty Knox’s grandson, found himself in Aiken for an extended stay with his family. Although he had stick and balled and played in high-goal practices in the past, Schmon, who lives in Vancouver and is a busy professional photographer, had never taken up the sport seriously, and he had never fielded a team. Surrounded by polo and with some unusual extra time on his hands, he came out to stick and ball with Tiger Kneece, the Aiken Polo Club manager. Stick and ball turned to practice games, and when a spot opened up on a team in the 4-goal Southeastern Circuit Players Cup, Schmon jumped at the chance.

By coincidence, the 2021 Aiken Polo Club magazine featured his grandfather on the cover along with an article about Knox’s illustrious polo career. Reading this, Richard was inspired to recreate the historic Aurora uniforms: blue with gold stripes, and the rest of the team was honored to play under the Aurora banner. Aurora’s first game will take place on Sunday, May 30 in the 3:00pm featured match against MidState Roofing. (Southeastern Circuit Players Cup Roster.)