Four regional teams representing the country’s top sixteen all-star finalists battled it out during the National Youth Tournament Series (NYTS) Championship Semifinals on Friday, August 31, held at Columbine Polo & Equestrian Center, LLC in Littleton, Colorado. Competing for a chance to advance to the final, Western Region stole the win from Florida in the second half 6-4 while Central Region maintained their early lead over Eastern claiming the second spot 6-4.5. Each one step closer to hoisting the Cecil Smith Cup high, Western will challenge Central in the final this Sunday, September 2, at 1:30pm ET. 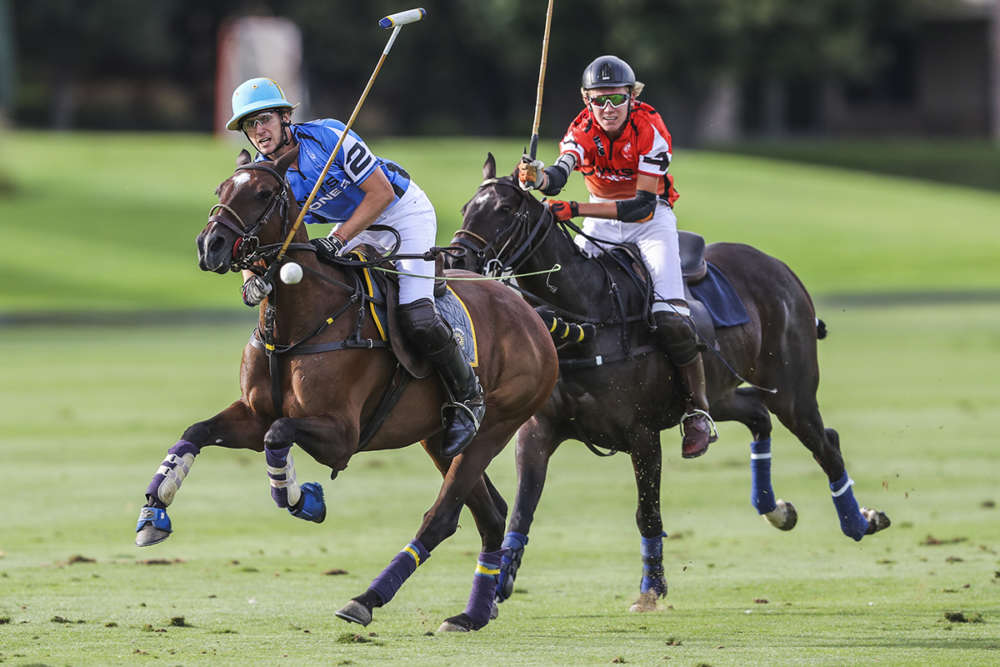 Facing the reigning Florida Region champions, coached by 2018 U.S. Open Polo Championship® winner Jared Zenni*, the Western team knew they would have to play aggressively from the opening chukker. Both sides attempted multiple shots on goal, yet neither were able to land the ball between the posts in the first chukker. Finding their rhythm as a team in the first half, Florida began to steadily pull away in the second chukker after scoring three consecutive goals, two from the field and one Penalty 3 converted by Conrad Kissling to end the second 3-0 in their favor.

Coached by Patrick Uretz* during halftime, Western stepped onto the field with renewed vigor in the second half. Lighting a fire after Landen Daniels’ nearside neckshot goal to open the chukker, Western attacked Florida staging an epic comeback with an onslaught of successive team goals. All four players contributing to the tally, Western assumed the lead after five powerful goals in the third, including two impressive shots from Bayne Bossom. Stunned by Western’s sudden intensity, Florida was unable to score in the fourth chukker. Gaining momentum and confidence with every goal scored, Western’s Jake Klentner claimed the final point for the win to end the game 6-4. 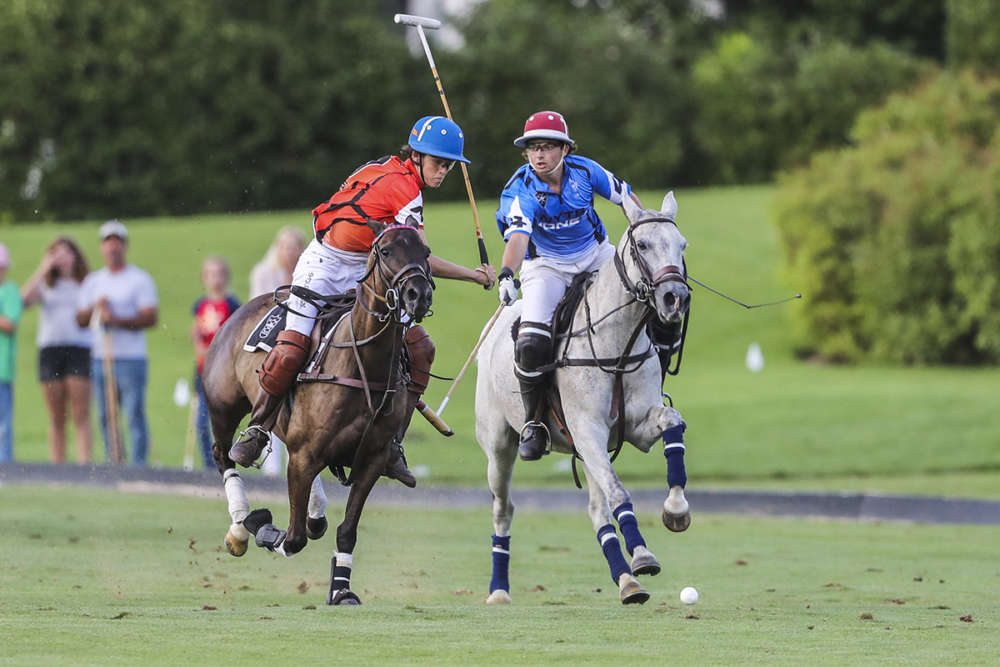 “I had a great time playing yesterday,” commented Luke Klentner. “We were a little disorganized in the beginning, but we got it back together in the third chukker. It was fun to play with some of my best friends and my brother.” 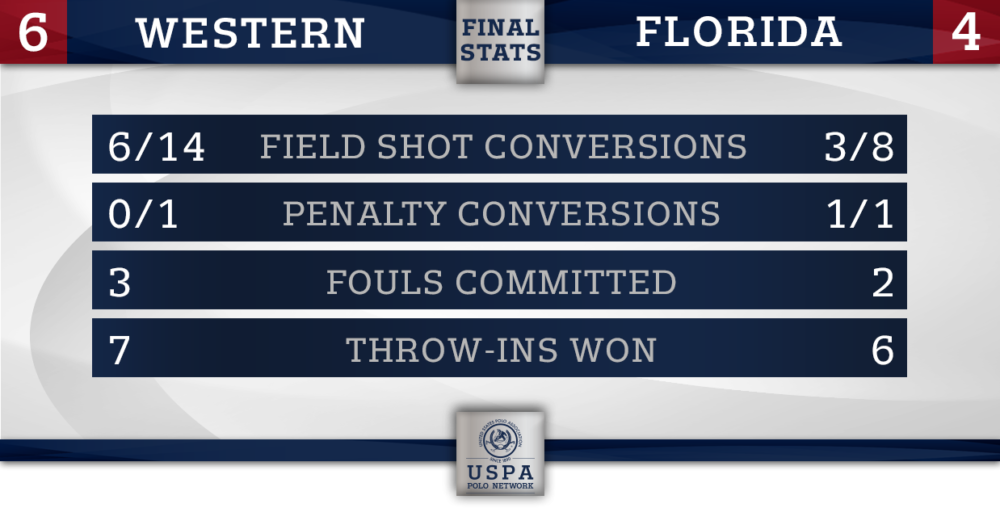 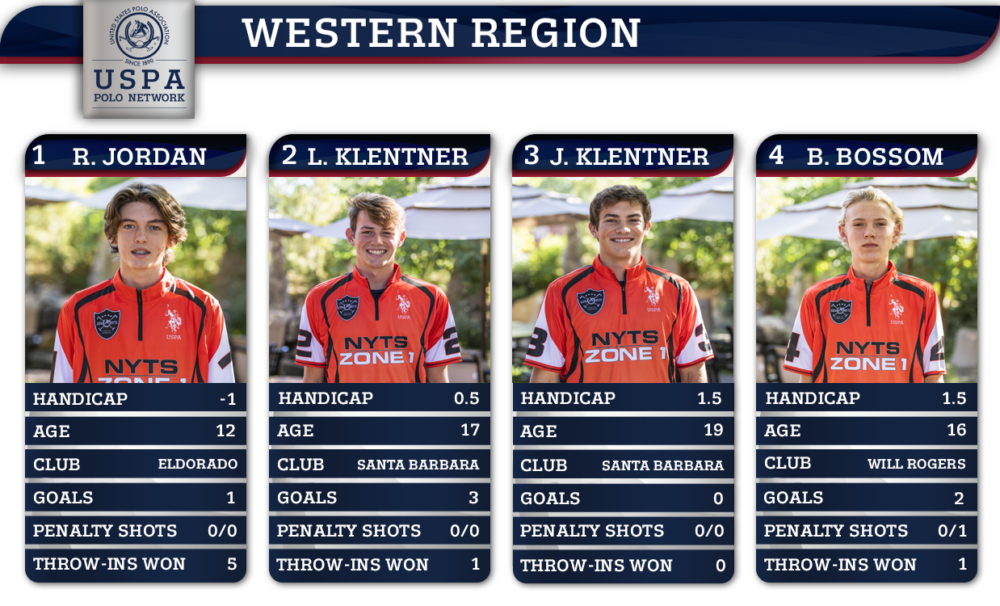 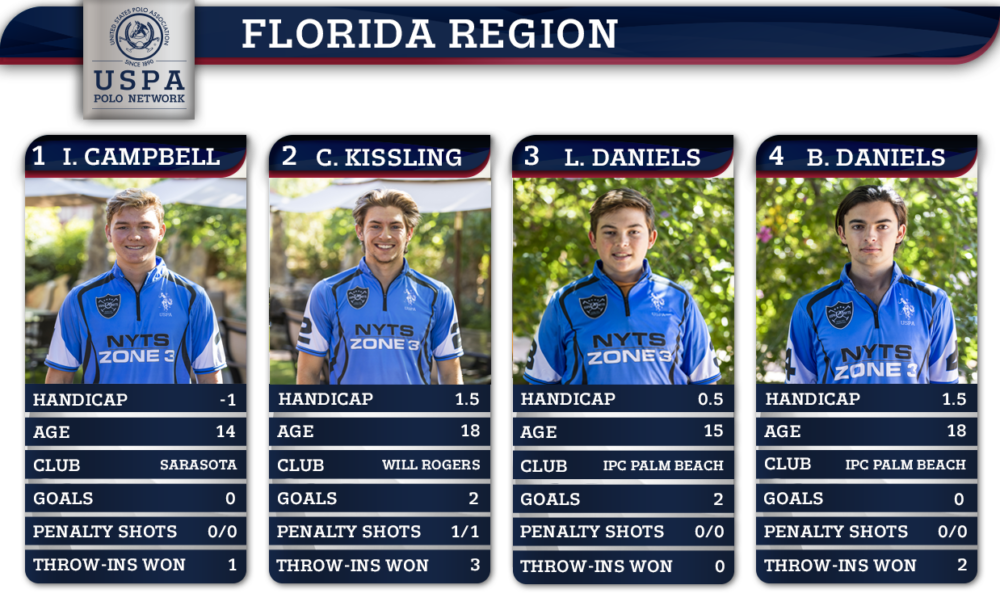 SOLID SHOWING FROM CENTRAL REGION TO SECURE VICTORY OVER EASTERN 6-4.5 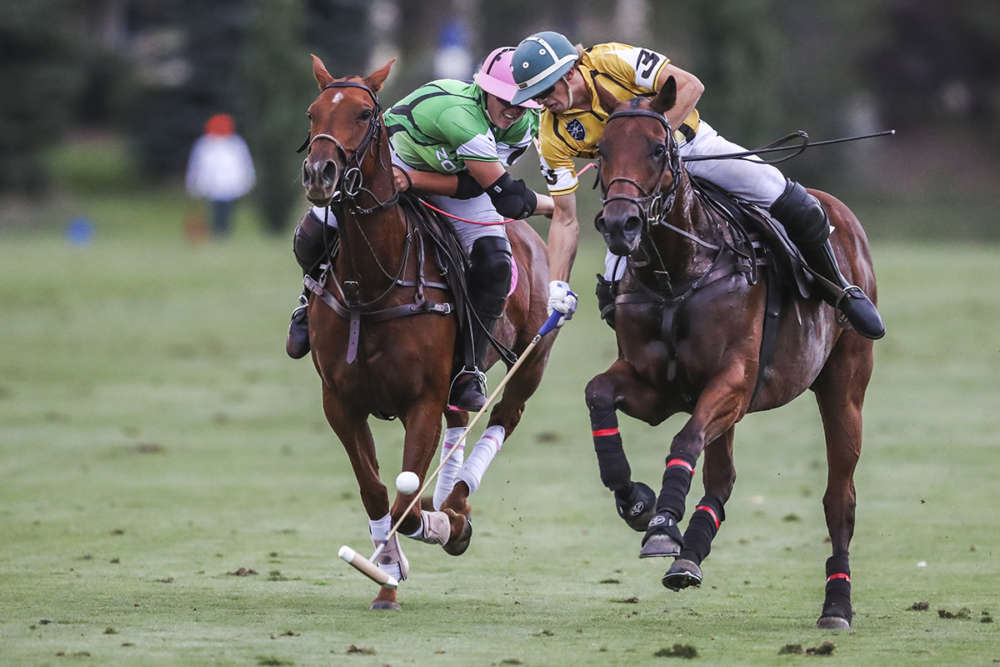 Beginning with a half-goal advantage due to handicap, Eastern led by coach Tiger Kneece, forfeited their slight lead in the first chukker after two consecutive goals by Central’s Will Walton. Following suit in the second, teammate Vaughn Miller Jr. matched Walton with two goals of his own, positioning Central comfortably. Saving a ball propelled dangerously close to his end zone, Brennan Wells finally found an opening to hit a neckshot and earn Eastern their first goal to close the second 4-1.5, Central leading.

Playing all out in the third, both teams made a strong push towards the goal, but it was Eastern this time who won the chukker. Adding two more to the tally, Eastern’s offensive strategy brought the team within a half-goal by the end of the third, 5-4.5. Easily anyone’s game entering the final chukker, Central’s Grayson Price widened the margin just enough with a Penalty 5 conversion, sending his team to the final 6-4.5.

“It was a tough game against a really strong Eastern team,” said coach Mason Wroe*. “We were a bit up and down but responded well to the adversity and were able to pull out the ‘W.’ We feel great about moving onto the finals and representing the Central Region. The guys look forward to playing a complete game and if all goes well, walking away with the win.” 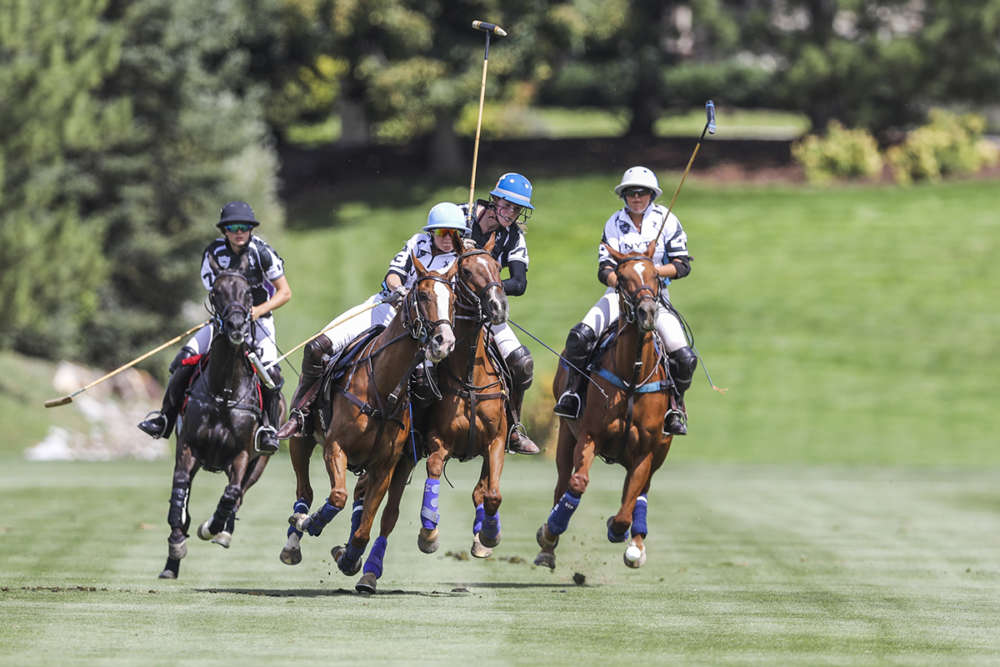 Earlier in the day, the black and white teams played the first game of the Girls All-Star Challenge, the black team coming away with the advantage 7.5-4. New this year and replacing the East vs. West Challenge, the all-female invitational features eight talented young up-and-coming players from across the country, coached by Team USPA staples Jimmy Wright* and Steve Krueger*.

“The game yesterday was really fun and I think the team did really well,” shared Olivia Uechtritz. “We kept our cool, kept communicating and working together and encouraged each other a lot. The NYTS experience for me has been really fun. I think it’s great to play with people my own age that are all more or less at the same level, you feel like your teammates understand you and your abilities and really have your back.” 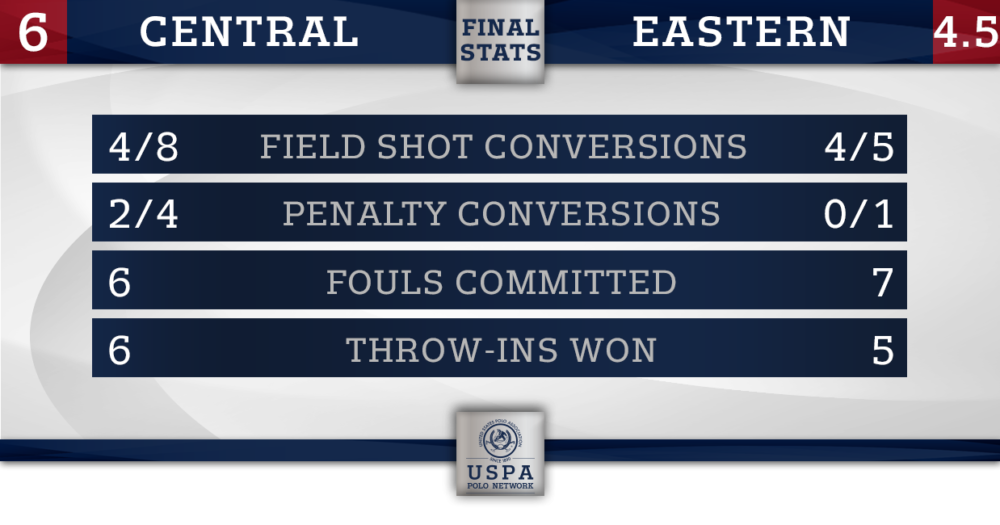 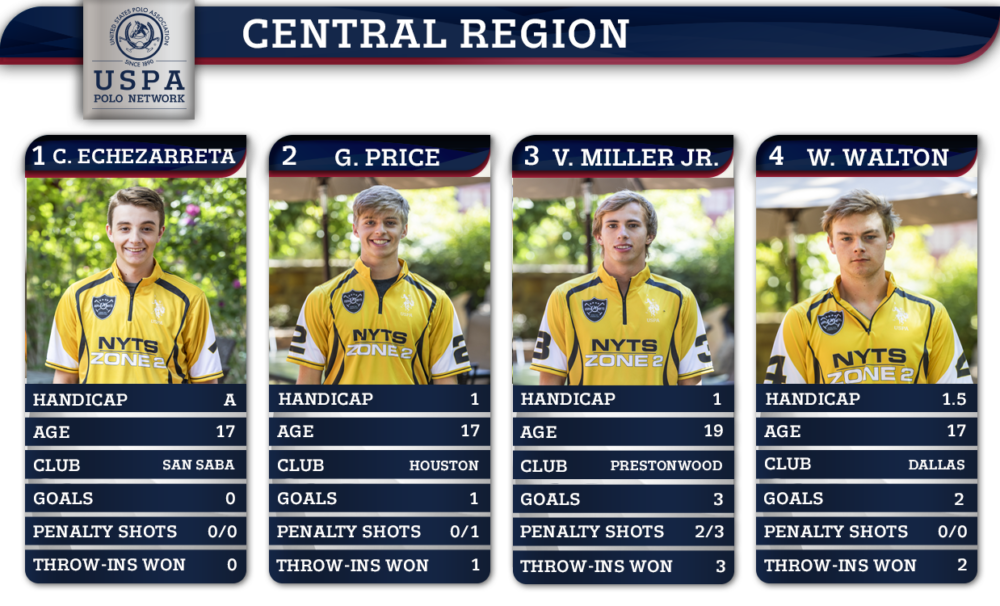 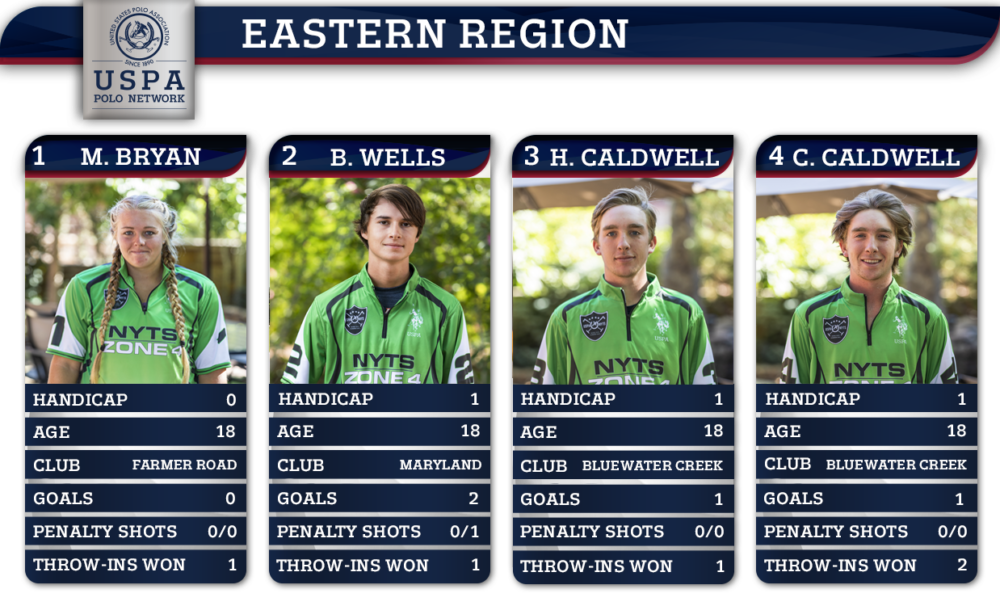 *Mason Wroe, Patrick Uretz and Steve Krueger are Team USPA alumni. Jimmy Wright and Jared Zenni are current members of Team USPA. Team USPA is a USPA program designed to enhance and grow the sport of polo in the United States by identifying young, talented American players and providing mentored training and playing opportunities leading to a pool of higher rated amateur and pro players and the resultant giveback to the sport of polo.