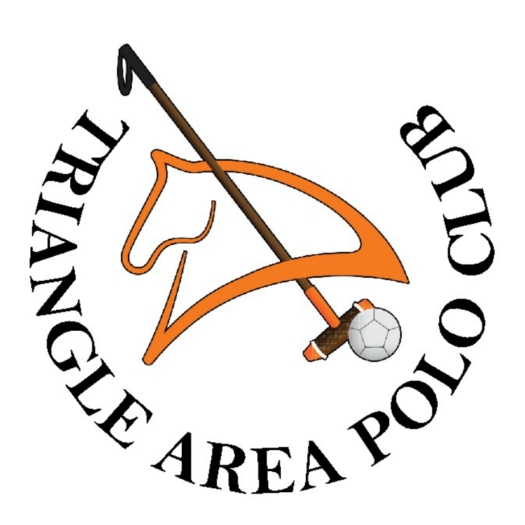 The only polo club in the state of North Carolina, many might presume Triangle Area Polo Club to be boastful of their status and selective of their members—in fact, the opposite is true. This family-operated club is welcoming to all and encourages every person with an interest in polo to give the sport a try. Located in Hurdle Mills, North Carolina, the club provides an ideal atmosphere for those who are new to the sport.

Founded by David Brooks in 2011, Triangle Area has quickly become the hub for individuals in the Durham, Greensboro and Raleigh, North Carolina, areas, who wish to get away from their everyday jobs and business to learn a new sport. A fifth generation horseperson, Brooks got his start in western and rodeo riding. In his early twenties, he was introduced to polo and was instantly hooked. Brooks played polo for many years and in 2004 bought a farm in North Carolina. Initially polocrosse was played at the farm, as Brooks is well accomplished in the sport, having coached the National Youth team for four years and competed on the U.S. Men’s Team in Ireland. Always up for a challenge, Brooks continued to stay involved in polo, and in 2011 he met Kris Bowman, Executive Director of Polo Development, LLC at a USPA Instructors Management Forum. 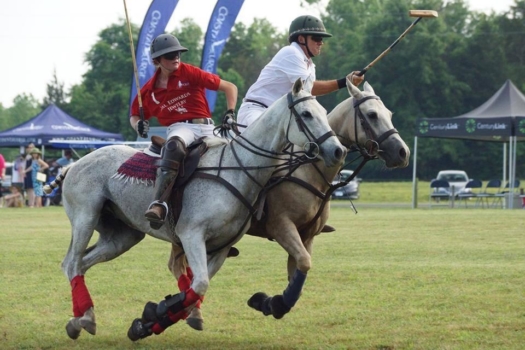 With guidance from the USPA Polo Development team, Brooks turned his farm into a full-fledged USPA member club with a focus on education. Triangle Area Polo Club is an 85-acre farm with 14 school horses, and both an arena and a grass playing field. Brooks has immersed himself into many programs that the USPA offers. He coaches an interscholastic polo team and has also recently become a Certified Polo Instructor (CPI), utilizing his skills to teach lessons and summer camps regularly. 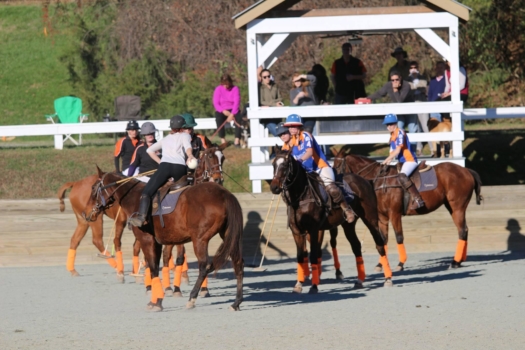 The Triangle Area Polo Club interscholastic team, in their signature black and orange jerseys, compete at the Virginia Polo Center in Charlottesville, Virginia.

Triangle Area is run by Brooks along with his wife and two sons, managing all the daily activities. In the short time since opening its doors, Triangle Area has grown to around 25 members. Although he is a very skilled player and now certified instructor, Brooks keeps the atmosphere light and fun at his club. “All successful businesses have a good foundation,” stated Brooks. “Our foundation and our motto is fun. We want our members to enjoy coming here. This is a place where they can get away from the stresses of their daily lives.” Triangle Area certainly does not fall short when it comes to fun. The club members and the Brooks family participate in many events that promote a great team and community environment. “The main focus is polo, of course, but we also get together as a group to do more than just polo,” stated Brooks. Triangle Area members regularly run 5k races together, participate in corn hole tournaments and even had a U.S. Open Polo Championship® viewing party. 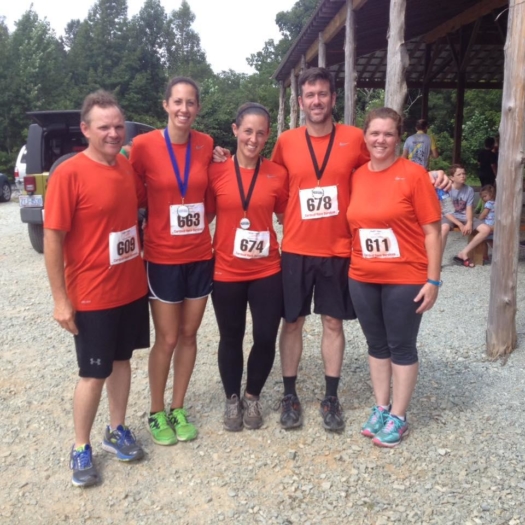 The polo games at the club are equally as enjoyable. Over the summer, Brooks and fellow CPI Sheila Everett came up with a plan to elevate the competition and camaraderie at their respective clubs by creating a traveling league. Everett and her students travelled to Triangle Area for a weekend in July and were provided with horses to play. The visiting team only had to pack riding gear, creating a stress-free event. Everett and Brooks have plans to continue this new format, hoping to expand to other clubs in the future. Brooks has also travelled with his youth players. He took a few of his students to Aiken this past spring to play with Tiger Kneece of Aiken Polo Club. “The students had a great experience, it was great for them to experience the history and see the players in Aiken. We even got a chance to tour the Team USPA barns,” said Brooks. Education is what sets Triangle area apart. Whether it is polo lessons, camps, interscholastic polo or traveling teams, Brooks keeps education at the forefront, challenging his players with new opportunities and experiences every day. 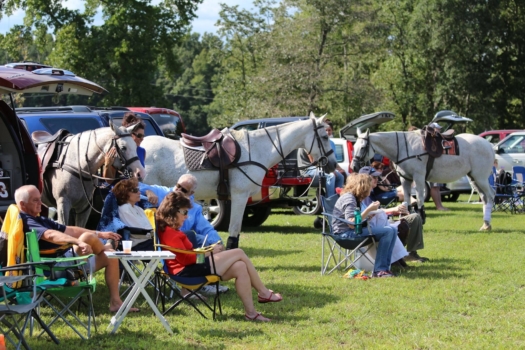 Triangle Area Polo Club invites spectators to tailgate by the field with family and friends while enjoying a thrilling polo match.

Triangle Area has great plans for the future. Brooks wants to grow membership at the club and possibly bring in another professional player to help teach new riders. The club is always improving their facilities, having just updated their arena. Future plans for improving their grass field are in the works as the club expands their membership. Triangle Area has become part of the Hurdle Mills community, working closely with the Chamber of Commerce to host charity events and fundraisers. As the facilities are updated, Triangle Area will be able to host even more charity games that serve the community. According to Brooks, “This is what our version of polo is, a community of people who share a love for the sport and enjoy being together.”

If you are in North Carolina be sure to look up Triangle Area Polo Club. To visit the club, watch a game and take a lesson, visit their website, and follow them on Facebook and Twitter for an up-to-date schedule of events.