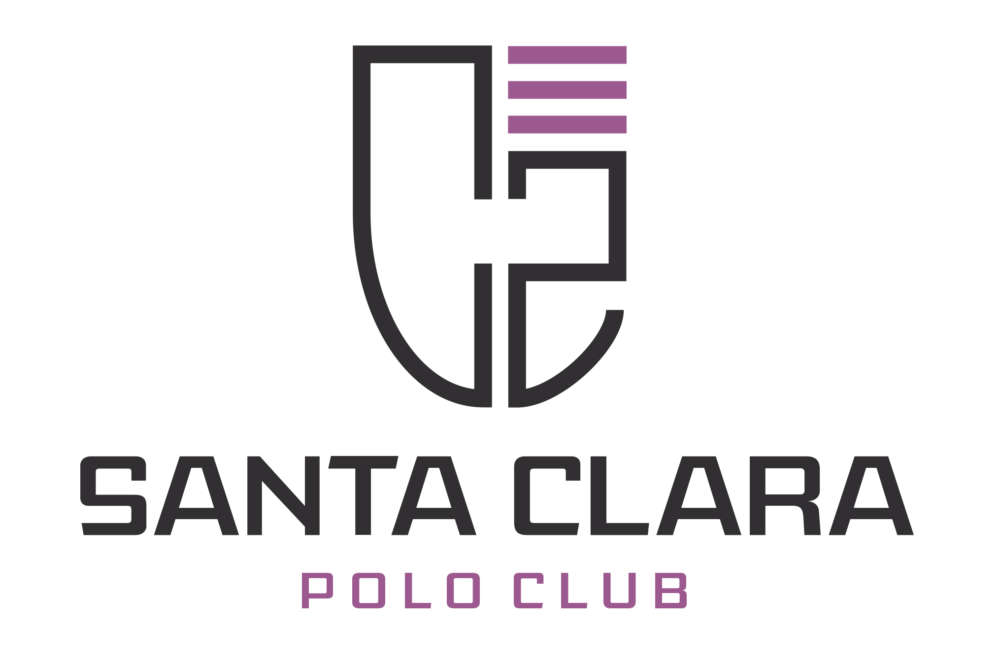 Occupying 48 acres in the heart of Wellington, Florida, and less than two miles from the International Polo Club Palm Beach (host site of the GAUNTLET OF POLO®), Santa Clara Polo Club has grown over the last 30 years to become a staple in the South Florida polo community. Owned and run by three generations of Escobars, Santa Clara is one of the last family-owned polo clubs in Wellington accessible to the public. Striving to create a lively and hospitable atmosphere for both beginners and high-goal pros to enjoy the game, Santa Clara distinguishes themselves by offering their polo school students high-level horses they themselves have competed.

Traveling to Florida from Costa Rica every winter season, Escobar patriarch Francisco founded Santa Clara in 1984, purchasing the undeveloped property with his friend Tipi De Lisser which would eventually be expanded by his son Luis Escobar. “The property used to be really far from [the original] Palm Beach Polo and we didn’t have trailers so [we would walk the horses] it would take an hour to get to practice games,” club manager Luis Escobar shared. As Santa Clara started to take shape it remained a private field for eight years, but when Luis reached 5-goals the polo school was established in 1992 and the club began hosting small tournaments to bring in revenue. Officially becoming a USPA Member Club in 1997, Santa Clara has grown over the years to 48 acres, featuring two-world class polo fields, two stick-and-ball fields, two barns, and an irrigated exercise track. “In 2004 I was able to complete the second build and buy the property next door,” Luis said. “With two fields we could then start playing higher-level tournaments.” Known for their well-maintained fields, Santa Clara relies on the expertise of Argentine field specialist Alejandro Battro who supervises the fields of Palermo. 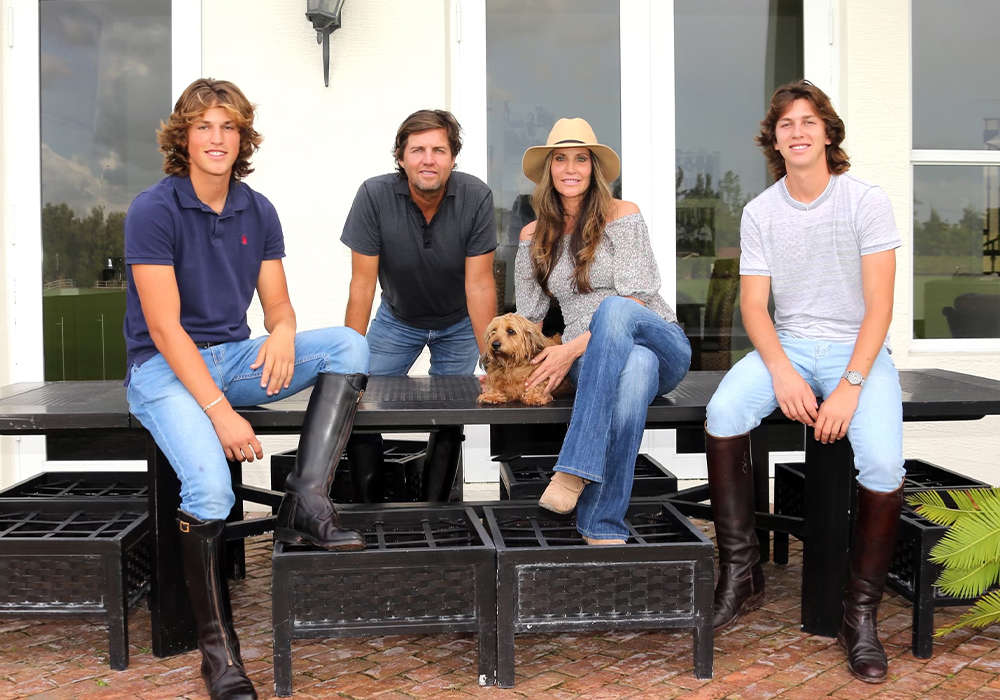 Regularly competing in the Wellington and Santa Barbara seasons and winning tournaments such as the 2021 Joe Barry Memorial and 2020 USPA America Cup®, Santa Clara’s active presence in high goal has allowed them to maintain a competitive level at their home club. Playing 8- to 22-goal outdoor polo, Santa Clara offers high-goal practices and stick-and-ball memberships, attracting amateurs, seasoned professionals and young rising stars who want to improve their level of play. Sharpening their skills with 14- to 20-goal practices this past winter, participants are consistently given the opportunity to play with and against more experienced players at a high level. “Santa Clara is a great place for people who play a lot of medium or low-goal polo and want to step up,” Luis Escobar said. Focusing on horsemanship and playing safe, competitive polo in an inclusive environment, Santa Clara can accommodate players of all levels and help them grow at their own pace through the polo school.

Adopting the philosophy of teaching polo through the horse, Santa Clara Polo School prioritizes their commitment to horsemanship as the pillar of their program. “We differentiate ourselves by having top-level, properly trained horses for rent and in our polo school program,” Luis said. “Many from our program played in the high-goal season last winter as well as this summer in California and the upcoming winter.” Experienced enough to adapt to varying levels of play, the ability of the horses at Santa Clara gives them longevity in the polo school. “As players start to improve, even if they are learning quickly, our horses can keep up with them,” Luis emphasized. “For example my dad is 76 years old and my sons Nico*, Lucas* and I can play the same horses he does. That tells you the style of training and maintenance that we have.” Working for Santa Clara training polo ponies for over a decade, American trainers Rosey Elordi and her father Tink [Elordi] are a pivotal piece of the program. “Rosey is special and her dad is one of the best horse trainers I’ve ever seen, and I’ve been around the polo world quite a bit,” Luis said. “Thanks to Rosey and Tink, Santa Clara has one of the best programs to train horses for polo using natural horsemanship.” 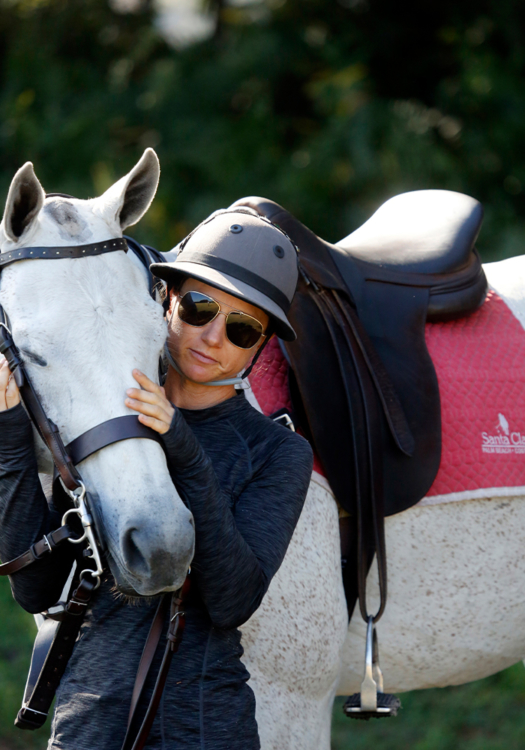 Rosey Elordi on the sidelines with a Santa Clara horse. ©David Lominska

Offering private or group lessons, clinics and coaching leagues, each program is tailored to meet the individual’s needs with the option to bring horses or rent from the club. Luis, Nico, Lucas and Rosey are available to give lessons depending upon the client’s skill level and preferred method of instruction. “I typically teach people who want to be a little bit more technical,” Luis said. “I focus on how to grip the horse and sit in the saddle when you're swinging at the ball.”

Achieving 8-goals at the height of his career and both of his sons, 5-goaler Nico and 4-goaler Lucas, steadily rising with Team USPA, Luis has proven himself to be an effective instructor as the results show on the field. Less than five miles from the home of the Winter Equestrian Festival and Global Dressage Festival, Santa Clara also attracts a lot of high-level jumpers and some dressage athletes interested in learning to play polo. “Rosey is extremely technical and she’s a fantastic instructor,” Luis remarked. “A lot of women like to work with her because they can relate, and she has great teaching methods.” 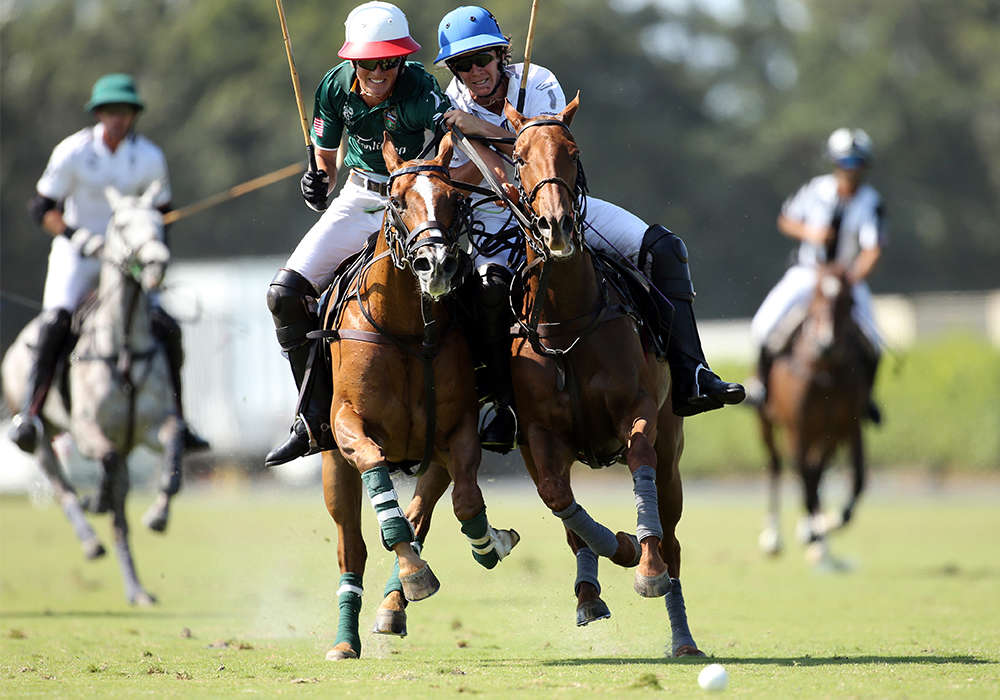 Hosting club tournaments fall through spring and offering seasonal stabling, Santa Clara is a full-service operation. Offering dry stalls to full board with grooming and horse training, Santa Clara’s location is optimal and their facilities are easily able to accommodate a high-goal team. Designed with horses in mind as seen in the high ceilings and large windows for cross ventilation and maximum airflow, the 32-stall Santa Clarita barn overlooking the main field is used by boarders from multiple disciplines. Just around the corner from IPC during the season, Santa Clara offers quality service and a seamless experience with the help of their hardworking grooms. “Our grooms are available if boarders need help maintaining their horses during the season and we're very successful at keeping our clients happy,” Luis said. 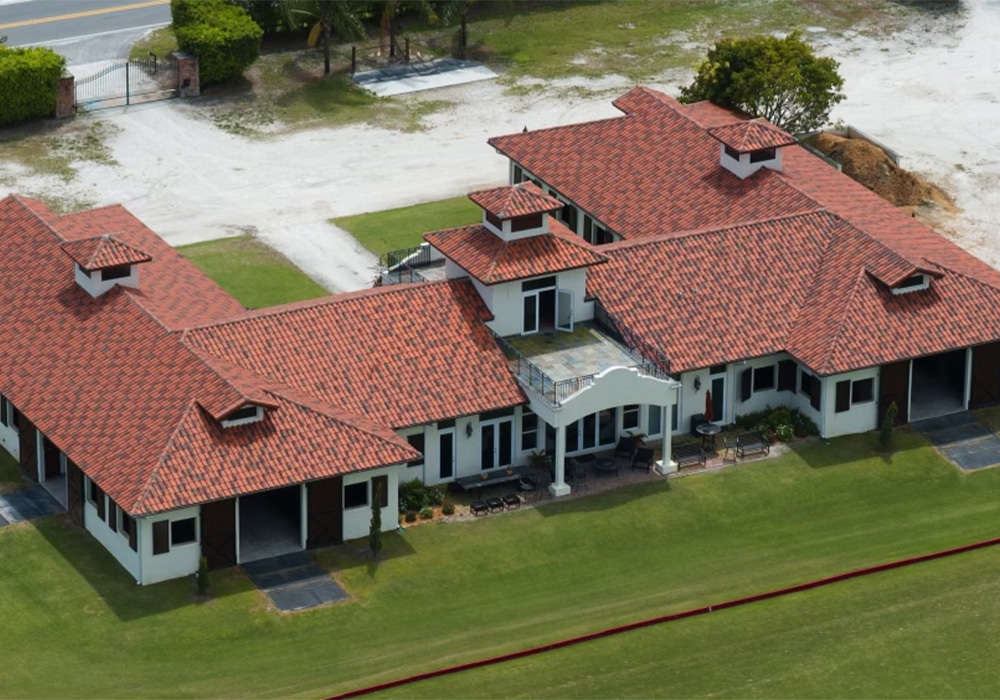 Traveling across the country to compete in the 16-goal Silver Cup® and Pacific Coast Open during the club’s off season, Santa Clara will once again resume their fall schedule at the end of September. “Last year we quieted down because of the pandemic, but we already have four teams for the Santa Clara Fall Classic and it’s shaping up to be a good fall season,” Luis said. Evolving from private fields into a fully-fledged club in the center of America’s high-goal mecca, Santa Clara has become a haven for high-goal players and beginners alike, inviting players of all levels to join their polo family. “We’re a family-oriented club and polo is our lifestyle, so we like to have fun doing it,” Luis shared. “If you’re fun and you want to play good polo, Santa Clara is definitely the place to be.” Turning their love of the sport into a family business, Santa Clara is ready to share their expertise and help shape polo players on their journey. 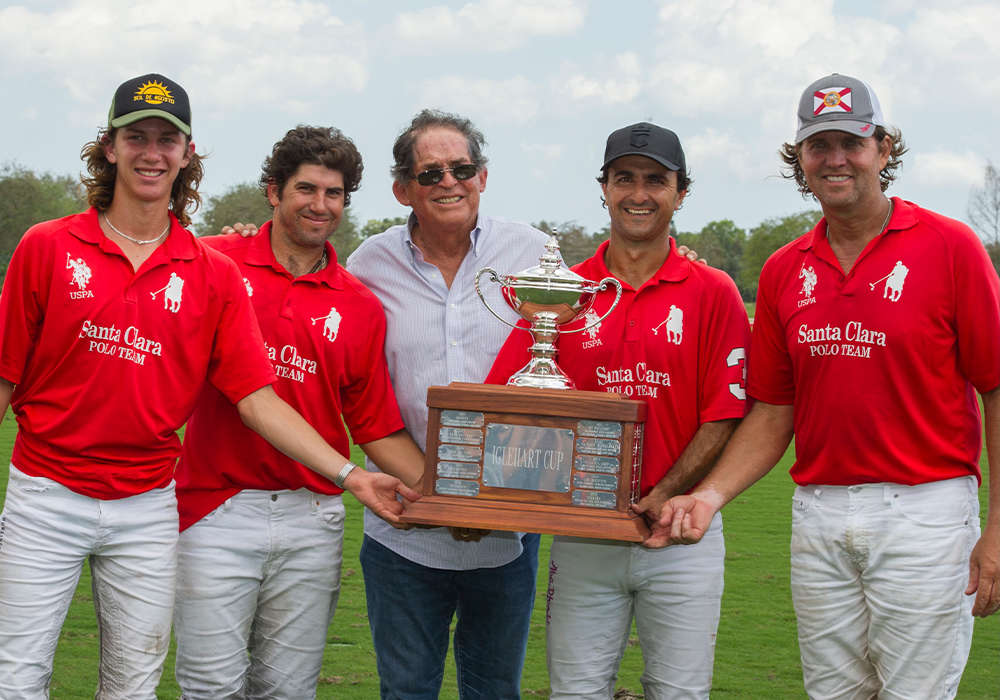 *Nico and Lucas Escobar are Active Team USPA Members. Team USPA is a USPA program designed to enhance and grow the sport of polo in the United States by identifying young, talented American players and providing mentored training and playing opportunities leading to a pool of higher rated amateur and pro players and the resultant giveback to the sport of polo.