Located in Littleton, Colorado, just thirty minutes outside downtown Denver, is the family owned and operated Denver Polo Club. Founded in 1986 by John and Chris Gandomcar, the husband and wife duo pioneered polo in Colorado and have continued their commitment to the sport for over three decades. Beginning with the 100-acre Cottonwood Riding Club, which they built from scratch (the land was formerly a junkyard with a dairy barn that held hay, cows and pigs) the Gandomcars have created one of the region’s premier international polo clubs. The Denver Polo Club has hosted visiting polo teams from around the world, including teams from India, the U.K., Pakistan, Australia and Jamaica. Not to mention, they regularly host high-goal practices for neighbor Bob Journayvaz and his Valiente Polo Team. 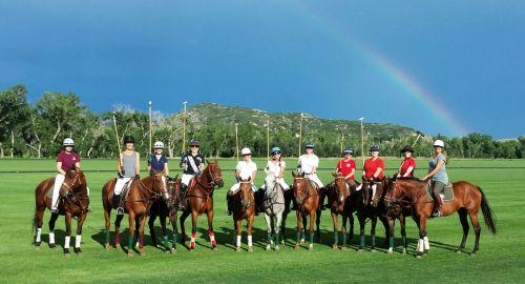 While from the outside it may seem as if the Denver Polo Club’s progression to international polo club success was an easy feat, it is in fact, very much a story of the “American Dream.” With blue collar origins, John worked in a print shop and Chris worked at an insurance company (neither came from a polo family or significant wealth), the couple scrapped together their resources and took out a loan to buy the land that is now the Cottonwood Riding Club. The Denver Polo Club’s foundation was therefore built upon these humble and hardworking values. 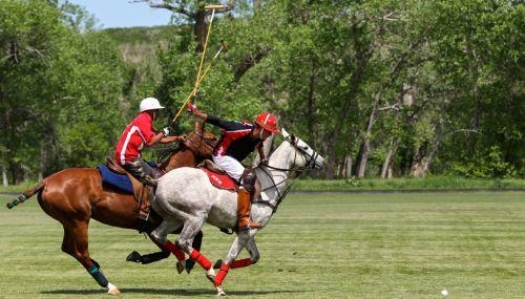 From June to August the club hosts outdoor grass games every Sunday at 10:30 am, open to the public for tailgating, free of charge! They also host major events each year, such as the Bentley Denver Charity Polo Series benefitting the American Heart Association, which will take place this year, June 3-5. This weekend long celebration of fun and philanthropy, kicks off the region’s 2016 polo season with three 10-goal polo matches. Denver Polo Club also offers a year round indoor polo league. During the summer the indoor polo serves as a coaching league, designed for beginners who don’t have their own horses and more experienced players training young horses.

At the Denver Polo Club, polo is truly a lifestyle. This belief is embodied by the entire Gandomcar family, including John and Chris’ two daughters Erica and Tara, who carry on the family business and co-manage the property together. “The uniqueness of our club, and what makes it tick, is that we really bring it back down to the individual club member. It’s not about bringing in your team, it’s not about bringing in your pros, it about family and having fun! It’s summer polo, but we still play anywhere from 0 to 20 goal polo, and it’s competitive, but it’s not the only thing… It’s just the way that we grew up, my sister and I were never handed a $50,000 horse, we were handed a $500 horse and we had to make it a $50,000 horse. So whether a guy drives in, in his Bentley or pulls up in his jalopy they are treated just the same,” said Erica. 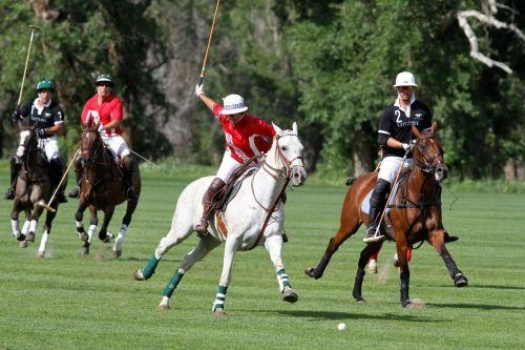 An accomplished polo player and current USPA Rocky Mountain Circuit Governor, Erica Gandomcar-Sachs is a passionate polo ambassador. Her love for the sport translates into her love of teaching as the head instructor of the Denver Polo Club Polo School. “We start everyone in the arena,” says Erica, “it creates more of a ‘play maker’ versus a ‘player.’ When people start on the grass, I feel like they are always put in the number one position and are always waiting for a pass, and they don’t really understand what is going on behind them. The arena, for me, makes a ‘play maker.’ They are forced to make the bump and then hit the backshot. Rather than just make the hook, we teach them to make a nearside backshot.” When asked about her favorite aspect of teaching Erica said, “Seeing the smile on somebody’s face at the end of their first polo lesson. You relive your own first moments of polo through those people.”

Another unique aspect of the club is their blog on the Denver Polo Club website. With over 40 posted articles exploring different aspects of the sport, such as, “How to Sit the Canter Well,” “How Often Should You Ride Your Polo Ponies,” “Maintaining the Polo Fields,” “Exercise Tips to Help Your Game” – it is a fabulous resource to polo players and newcomers alike.

In a time when glitz and glamour is the overwhelming image of polo, Denver Polo Club offers a top notch facility paired with a genuine, down-to-earth and friendly atmosphere. For more information visit their website, follow them onInstagram @denverpoloclub and “Like” them on Facebook for up-to-date schedules of tournaments and events.