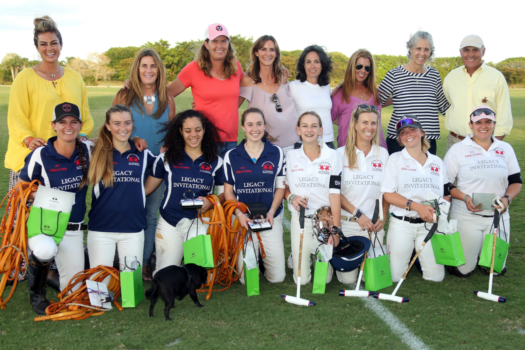 The sun did not stop shining as top junior female polo players took to the Isla Carroll East field at the International Polo Club Palm Beach (IPC) in Wellington, Florida, on April 20 to participate in a new polo match; The Legacy Invitational Tribute to Sunny, arranged to commemorate the late, great polo player Sunny Hale.

Arguably the best female polo player in history, Sunny Hale sadly passed away this year. In true Sunny style, she did it with dignity, wishing only to leave her legacy behind. One of Sunny's most passionate causes was to encourage young women to embrace the sport of polo.

There have been a number of memorials held for Sunny around the world this year, but a group of female polo players decided that it was only fitting to organize an event in Wellington, during the U.S. Open Polo Championship® Final week, where Sunny herself had broken the glass ceiling for women's polo by playing on the winning U.S. Open team in 2000 with the Outback Polo Team.

When the event was just an idea, La Martina heard whisper of it and jumped at the chance to offer their support and supply beautiful jerseys for the players to take home. Sunny was a La Martina ambassador for years. They were closely followed by Mark and Katherine Bellissimo, who offered the exclusive use of an IPC field. After that, the outpouring was incredible. "We just wanted to remember our incredible friend by organizing something she would have loved," said Maureen Brennan. "We set out by reaching out to her immediate community but we were still completely taken back by the amount of people who embraced the opportunity to show their support for Sunny." 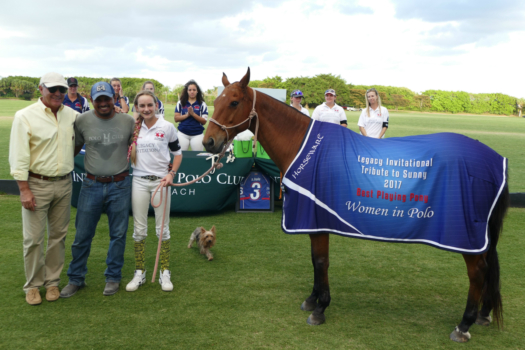 After a hard-fought game, the Blue Team (Tiffany Busch, Louisa Huber, Savannah Hussey, Olivia Merlos) prevailed by a .5 goal. Both teams used all of their teammates, made big runs down the field and were backing the ball on defensive plays. Meanwhile, most were on borrowed horses so they were impressive all around. In the words of Sunny, "Just taking part in a game with other women all passionate about polo is a prize in itself as the camaraderie is expanding world-wide." 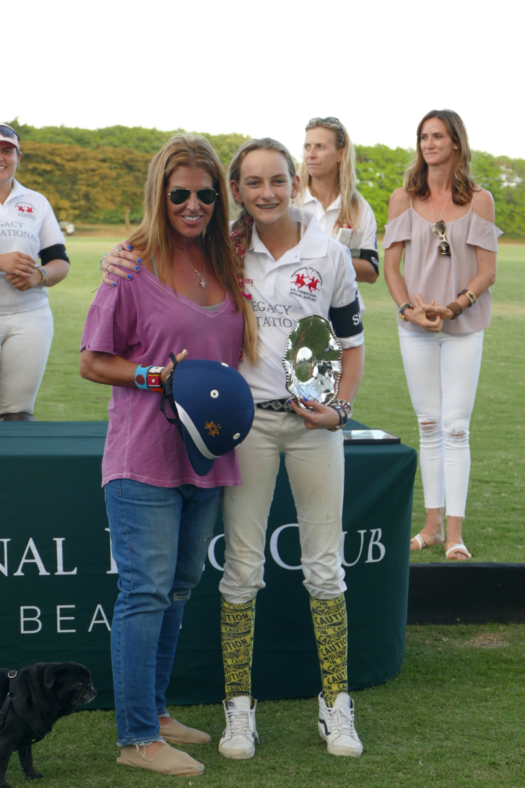 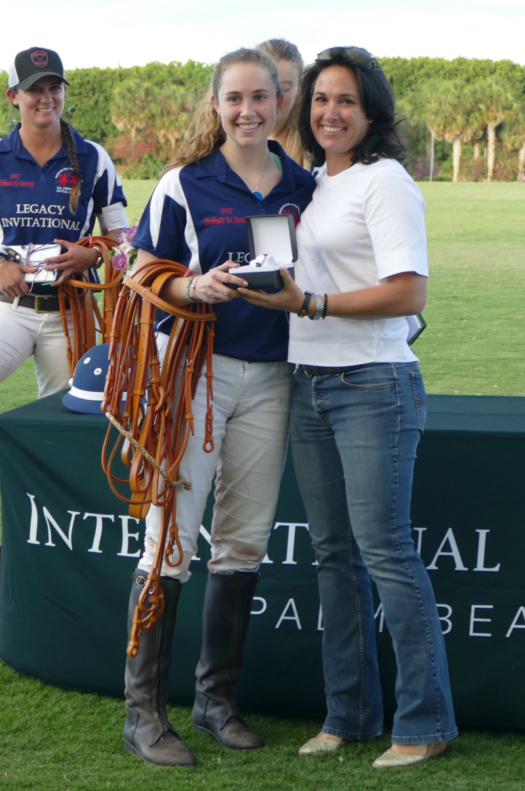 The winners the Blue Team, took home full polo bridles donated by Denver Polo Club and presented by Gillian Johnston. The runner's up the White Team (Hope Arellano, Cecelia Cochran, Demitra Hajimihalis, Millie Vlasov), received custom foot mallets from Nano's painted in Sunny's colors and adorned with the tournament name on the canes. Other prizes the players received were beautiful bracelets donated by Tackeria and Tony Coppola and Sunny Hale's series of books.

As the final shafts of sunlight streamed into the beautiful Isla Carroll courtyard the many friends of Sunny celebrated her life with an asado. "I am so moved with the outpouring of love and support from all of Sunny's friends" said organizer Erica Gandomcar-Sachs. "People are already asking if this event will happen next year...We will let Sunny's friends decide..."