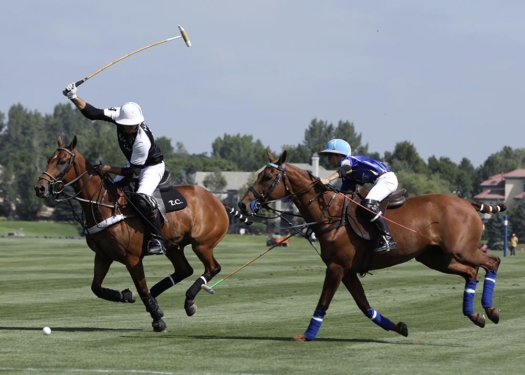 The inaugural Colorado Open Polo Championship (20 goal) features Adolfo Cambiaso in his first tournament in the Rocky Mountains. Joining him in Denver are teammates who won the U.S. Open Polo Championship® with him: Diego Cavanagh and Matias Torres Zavaleta (2017) and Guillermo Terrera (2015).

Tournament organizer Rob Jornayvaz, a Denver native who is playing for the Colorado team, said he felt it was important to bring high-goal polo to the region. “We want to expand high-goal opportunities in this country in the summer,” he said. “The Denver area is a perfect place to play in the summer because it’s cool, comfortable and not humid. The horses like it and perform really well.”

Another of the tournament’s goals is to expand high-goal polo to the reach of young and developing players. One of the teams, Hawaii Polo Life, a sponsored all-professional team, took an 11-7 victory over Kentucky in their most recent game August 13. The final is set for August 19.

“For young pros in the 4- to 6-goal range, employment opportunities are very limited. They’re struggling to support a string of horses, and many are dropping out. The Hawaii Polo Life team is all about keeping those players employed,” said Chris Dawson, president and founder of Hawaii Polo Life, a leading lifestyle clothing brand that sponsors the team.

An added bonus is the opportunity to play against Cambiaso, which was a first for several players. “When do you get the opportunity to try to hook the top player in the world?” said Tommy Collingwood, who plays for Hawaii Polo Life. Collingwood has never played against Cambiaso before.Cambiaso said playing with his son, Poroto, at Valiente’s home base in Littleton, Colorado, made them both feel comfortable. Poroto played one game in place of Valiente patron Bob Jornayvaz, who was out with a back injury. “Being at Valiente feels like home,” said Cambiaso, adding that Jornayvaz is “one of the biggest supporters of Poroto. I’m happy, the games have been fun, and everything is going the way we like.” 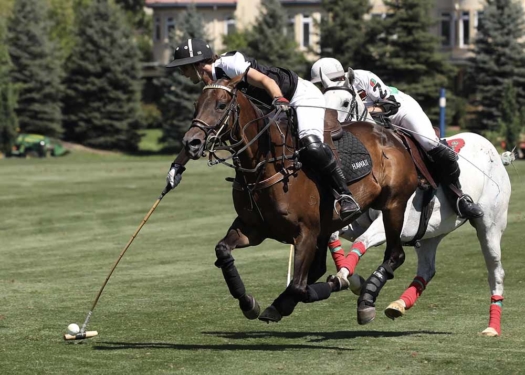 Eight-goaler Diego Cavanagh said the players have been enjoying the Denver lifestyle during their down time. "My favorite thing about being here is this nice group of people. It’s a great atmosphere at Valiente," Cavanagh said. "I also like that there are so many options for fun things to do around here, and they’re all close to the farm: waterskiing, hiking, golf—really, whatever you want, you can do it."

The tournament saw the debut of the “Cinema String,” a group of Valiente/J-5 Equestrian mounts used for the first time in a high-goal tournament by a mounted videographer. Jornayvaz’s business partner and fellow polo player Ty MacCarty invented the method and is the only one doing it. The footage illustrates the rush of polo in a way it has never been seen by the public.

“When you watch these videos, you’ll actually feel what it’s like to play polo—to gallop down the field in a ride-off, to hook a player’s mallet, to score a goal, everything,” said MacCarty.

“If we’re going to expand the reach of polo, raise the sport’s profile and attract new players, we have to show the public how much fun it is. That’s what the Rocky Mountain Polo Festival offers people in Colorado, while benefiting a very worthy cause.”  – Rob Jornayvaz

The Colorado Open final will take place at Denver Polo Club in Sedalia, Colorado, in conjunction with the Rocky Mountain Polo Festival, which was also the brainchild of Rob Jornayvaz. The 12-hour event features six concerts with top musical artists and recreational activities that include riding a polo pony under supervision.

The festival is a fundraiser for the Equine Partnership Program, a local nonprofit organization that uses horses in psychotherapy sessions to help underprivileged children and adults. A group of staff and clients came to Valiente to watch a match in the Colorado Open. In a separate session all four players from the Hawaii Polo Life team talked with the children and gave them rides on polo ponies.

Complete game footage can be viewed after every day of play on polochannel.com. 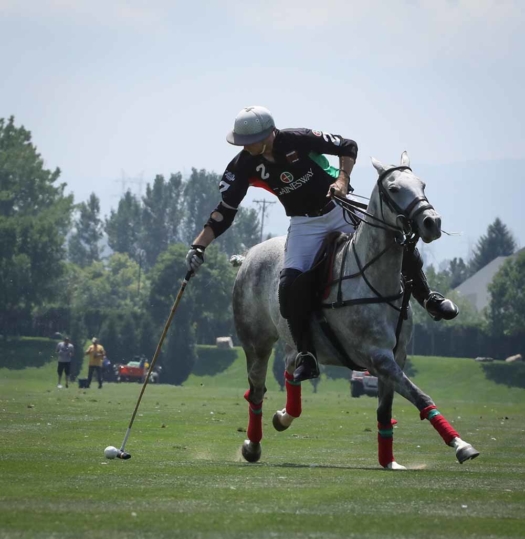