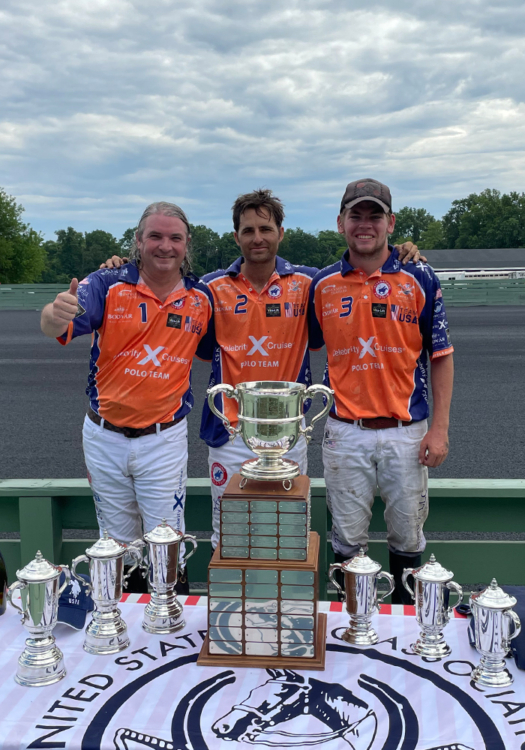 Outscoring their opponents early in the match, Hotels At Sea relied on the strength of 6-goaler Bignoli to create early separation in the first half of play, as contributions from all three members of Hotels At Sea aided in staving off a late push from Burdick Equine to earn the 18-11 victory.

Frequent teammates and competitors at Twilight Polo Club and earning victories in tournaments such as the National Arena Chairman’s Cup (2020, 2021) and United States Arena Handicap (2021), Hotels At Sea’s Salahi and Bignoli relied on their chemistry to guide them through another competitive national tournament. “I’ve played with Tareq for the last five years,” shared Bignoli. “our strategy was to look for the wall. Tareq likes getting passes out front to the right. We wanted to be quicker than the other team, come out faster and beat them with speed.” 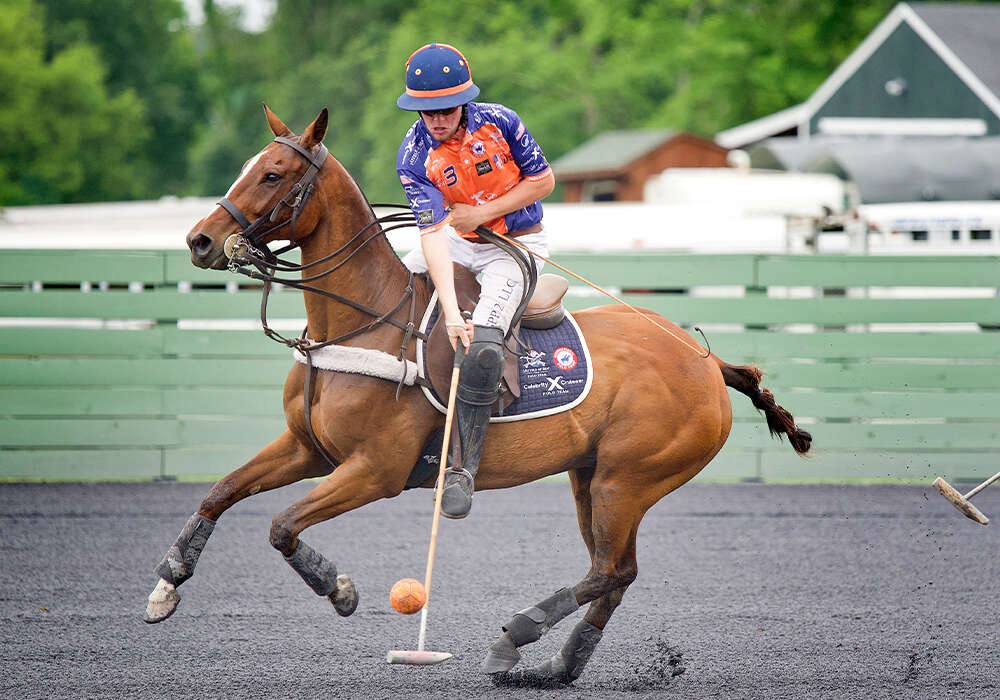 Newcomer to the Hotels At Sea team, Hardy Pemberton, controls the ball on the nearside. ©Ruth Witmer

Hotels At Sea's newcomer Pemberton praised Bignoli's guidance and attributed his leadership to their team's success, noting, “we prepared under the tent right before the match and Marcos let me know to clear the way for [him] to either hit up or run though. We knew we needed to play our game, not [Burdick Equine’s].”

Initiating the scoring for Hotels At Sea, a goal from Salahi was complimented by three more in the chukker from Bignoli, including his first of five penalty conversions in the match. Keeping themselves in stride with Hotels At Sea’s strong offensive push, Harlow kicked-off his day with two goals in the first to cut their deficit in half, but the second chukker ultimately belonged to Hotels At Sea. 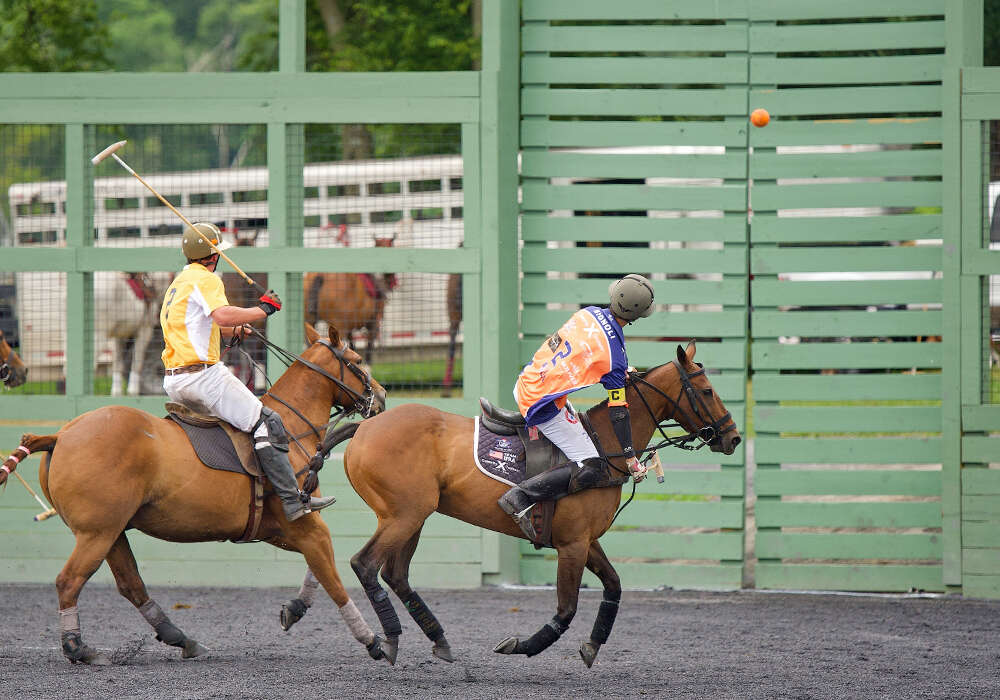 Working off the early momentum established by his team, Bignoli took charge scoring another five goals, four of which were unanswered by Burdick Equine. Managing to finally get themselves back onto the scoreboard following Bignoli’s blitz, contributions from Burdick Equine’s Burdick and Harlow narrowed the gap. Hotels At Sea’s powerful first half put them in a great position to enter halftime with a commanding 9-5 lead.

Speaking to the effective strategy of Hotels At Sea’s dominant first half, Salahi expressed, “Our energy clicked and we turned on the heat quickly. Everyone knew their job and [executed], which is a part of the learning process and fun of playing in competitive matches[…] It’s all about teamwork, playing calmly and not fouling...the harder the competition, I feel myself and my teammates rise up to the challenge." Salahi continued, “we always keep one player up for the big pass and two players back. When we are able to make the big pass up, we know our chances of scoring are very good [and] it’s worth the risk of not having that third man play a defensive position.” 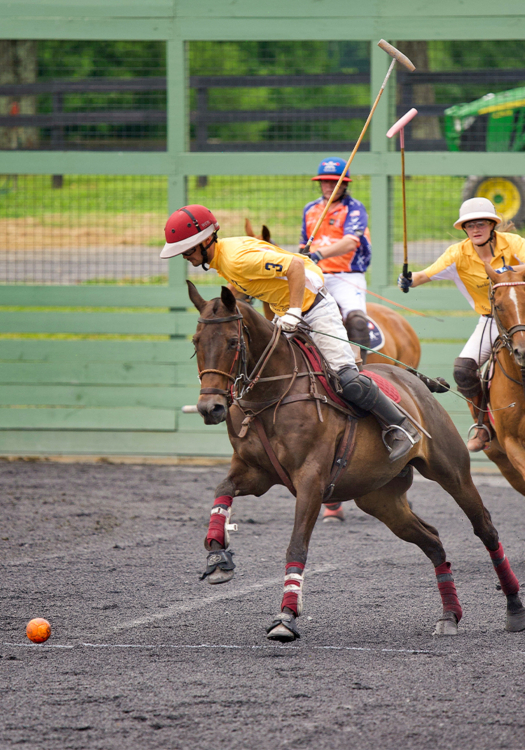 Scoring the only two-pointer of the contest, a brilliant and crucial goal from Harlow brought Burdick Equine back within two for the first time since the opening frame. Despite two more from Burdick Equine in the third chukker, Hotels At Sea once again managed to outscore their opponents, with two from Salahi and two from Bignoli at the line to maintain a 13-9 advantage.

In a high-scoring final chukker, Salahi once again kicked-off the scoring for Hotels At Sea, accompanied by another off the mallet of Bignoli and Pemberton’s first of the match. Focusing on their defensive play, Hotels At Sea held Burdick Equine to a single goal from Burdick, followed by a final conversion from Harlow for his team leading seventh goal. Relying on their unanswered three-goal spree in the fourth to give them needed separation, a balanced combination of offensive power with a late defensive stand ultimately delivered Hotels At Sea the coveted title, 18-11. 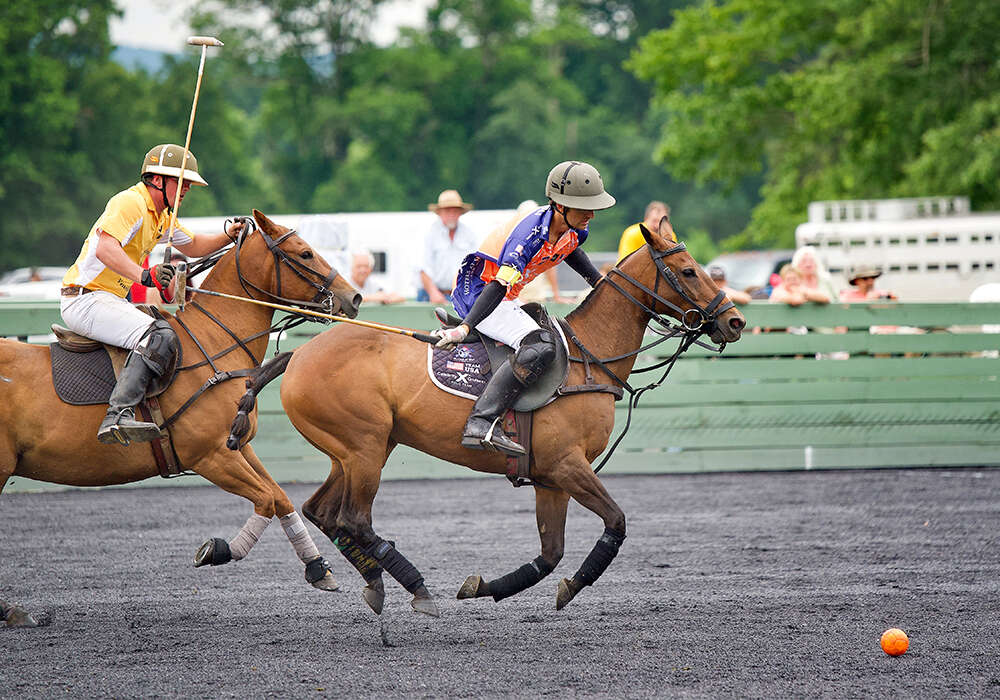 Competing and winning in his first arena tournament, Pemberton reflected, “It was an amazing experience, but it was also a learning experience. We worked together well as a team and knew we just needed to trust each other. Being able to come out with the win and feeling that I had played a part in bringing the team there was awesome.”

Leading his team with twelve goals, Marcos Bignoli was named Most Valuable Player. Complimenting the efforts of Pemberton, Bignoli stated, “Hardy was doing a lot of the blocking, crashing and hooking. The [team] dynamic was good, I took ten horses to the field for four chukkers, so I was able to switch a lot and always had a fresh horse. It always feels good to win and [Twilight] has a nice arena and facility, it was fun to play there.” 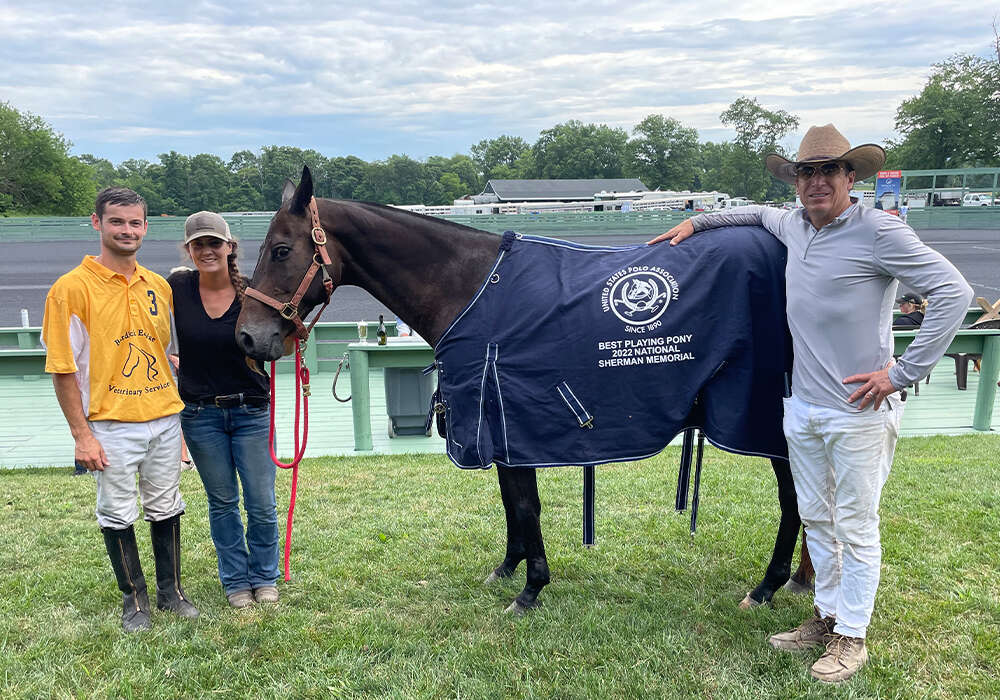 Best Playing Pony honors were presented to Muñeco, a fifteen-year-old dark bay Argentine gelding played in the fourth chukker by Wyatt Harlow. “He’s super strong and has a great bump.” said Harlow. “He’s quiet and gentle, very easy to handle and gets along with all the horses. Muñeco is currently my favorite horse to play and has been at the top of my string for a few years now.”

Raising the National Sherman Memorial trophy for the first time, Salahi shared, “I have always wanted to win this tournament that rests in the Museum of Polo & Hall of Fame, and it is an honor that it now has our names engraved on the base!” Ready to accept the challenge of competitive fall polo at Twilight, Salahi added, “We will now turn our focus and energy to prepare for the U.S. Open Arena Polo Championship in September!”

*Wyatt Harlow is Team USPA alumnus. Team USPA is a USPA program designed to enhance and grow the sport of polo in the United States by identifying young, talented American players and providing mentored training and playing opportunities leading to a pool of higher rated amateur and pro players and the resultant giveback to the sport of polo.