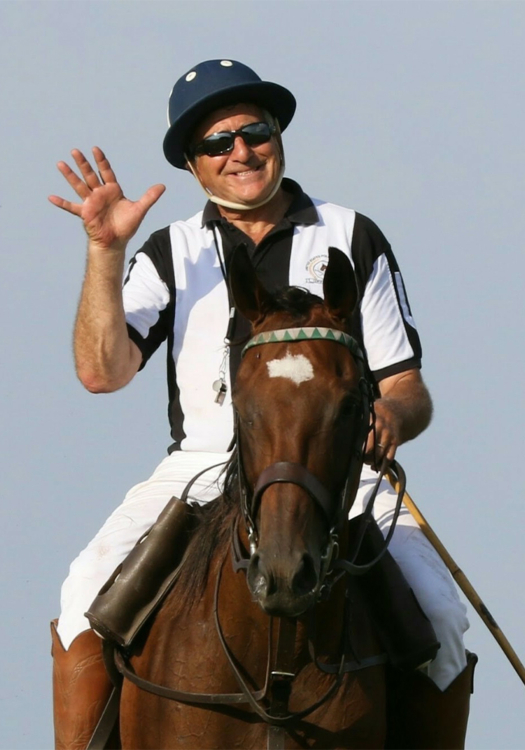 The Intercollegiate/Interscholastic (I/I) Lifetime Achievement Award is awarded only in exceptional circumstances to an individual who exemplifies the spirit of I/I by providing many years of service and commitment to growing young players in the sport and providing an outstanding example of dedication to the continued advancement of the I/I program. The 2022 recipient of this award is Danny Scheraga.

A staple in the I/I program for the past 52 years, Danny has filled every leadership role, including player, coach, tournament manager, program director, umpire and volunteer. Danny was first introduced to polo at 10 years old when he started watching Cornell University games in Ithaca, New York, but he didn’t have the opportunity to start playing until he was a student at Cornell several years later. As an intercollegiate, player he met and played against I/I icons Tom Goodspeed (University of Connecticut, Storrs, Connecticut) and Mike McCleary (Texas A&M University, College Station, Texas).

“My main goal was to create good competition with quality horses while maintaining excellent camaraderie throughout the I/I system.”  – Danny Scheraga

In 1975, Danny became the head coach of Cornell and, under his leadership, led the men’s and women’s teams to great success, including three Women’s National Intercollegiate Championship titles. Danny is the only person to have attended every single Women’s National Intercollegiate Championship Final. In 1986, Danny was appointed Director of the I/I program, and in 1996, he was named Director of the Polo Training Foundation (PTF).

Through his tenure as coach, director, and volunteer, Danny helped create the core I/I rules, including the regional tournament structure. Danny still serves the I/I community today as a member of I/I National Host Tournament Committee, chair of the Arena Rules Committee and he continues to travel extensively to teach clinics and umpire.

Noting his appreciation for the I/I legend, I/I alum Yaz Grotnik shared, “The role that Danny has played over the years in the promotion of I/I and youth polo is unmatched in my opinion… He has devoted his life to the sport and to youth development in the sport.” 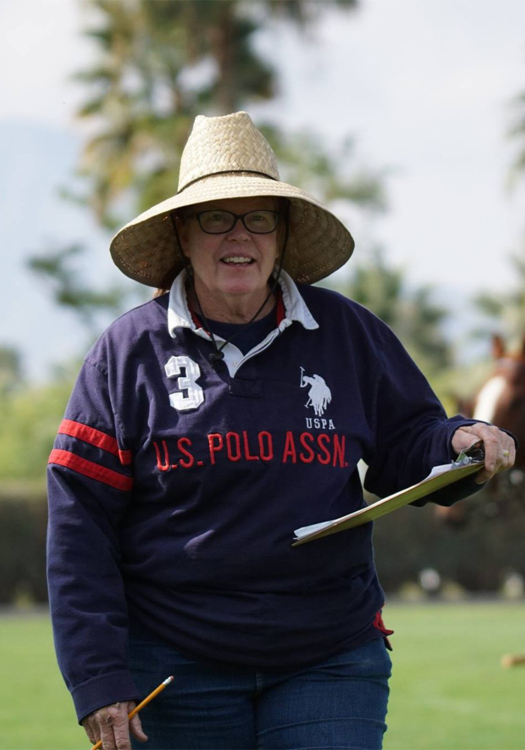 The I/I Service Award is awarded annually to an individual who in the last calendar year has exemplified the spirit of I/I by demonstrating commitment to growing young players in the sport, provided an outstanding example of selfless contribution to the sustainability of their local club(s) and the I/I program as a whole. This year, Bonnie Magill, interscholastic coach for Sutter Buttes (Yuba City, California) and intercollegiate coach for UC Davis (Davis, California), was named as the recipient of this award.

Recalling her introduction to the sport, Bonnie shared, “’The sign said, ‘Home of the 1975 National Intercollegiate Polo Champions.’ That is what I read while on a UC Davis campus tram tour for incoming freshmen in the fall of 1975. Later that day, I bicycled back to the equestrian center to check it out. Gary Dempsey was out stick and balling on a palomino horse and I stopped to watch. He rode over to me and asked if I would like to try. He showed me how to hold a mallet and hit the ball and the rest was history. I knew I would join the UC-Davis Polo Club that fall and take on a new discipline with horses.”

Bonnie’s introduction to polo, like so many, was through the intercollegiate program. She got started at UC Davis and, after clinching a Women’s National Championship title, started a life of dedication to youth polo and the I/I program. Shortly into her teaching career, Bonnie and her husband, Jeff, built a polo arena at their home, dubbed it the Sutter Buttes Polo Club and became the home-away-from-home for many youths in the area. Her program grew to include middle school and interscholastic teams, where she fostered youth into the next generation of polo players.

“Gary Dempsey was out stick and balling on a palomino horse and I stopped to watch. He rode over to me and asked if I would like to try. He showed me how to hold a mallet and hit the ball and the rest was history. I knew I would join the UC-Davis Polo Club that fall and take on a new discipline with horses.”  – Bonnie Magill

Her students, including her daughter Raeann, would go on to play on intercollegiate teams and continue their paths in polo. In the spring of 2021, her Sutter Buttes interscholastic girls’ team qualified for the Girls’ National Interscholastic Championship for the first time. When a group of interscholastic players found themselves all starting at UC Davis together in the fall of 2021, Bonnie helped spearhead the resurrection of the UC Davis intercollegiate polo team.

Marisa Carelli, a current member of the UC Davis intercollegiate polo team, shared, “Bonnie is upbeat as ever and ALWAYS has a sense of optimism. Her excitement is what empowers us as players! I wouldn’t be where I am today without her dedication to the I/I program. She not only makes every person she interacts with a better player; she also makes them a better human.”

Please join the USPA in congratulating Danny Scheraga and Bonnie Magill for these wonderful achievements and thanking them for their many years of commitment to bettering the sport of polo and the I/I program.