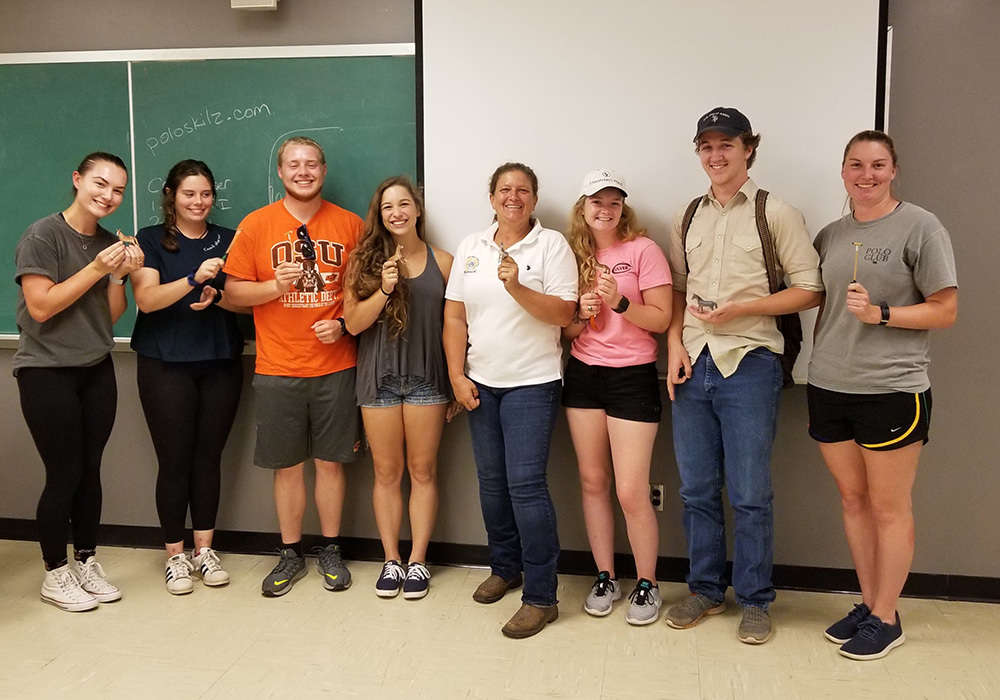 “Clinics have been an easy way for the Association to bring value to both beginners and experienced players alike,” USPA Arena Committee Chairman Dan Coleman said. “The Arena Committee was a strong supporter of Polo Development and is proud to continue supporting arena clubs and players. We believe that the future of polo is in the arena and we work hard year after year to share our wealth of knowledge with players representing all levels.” 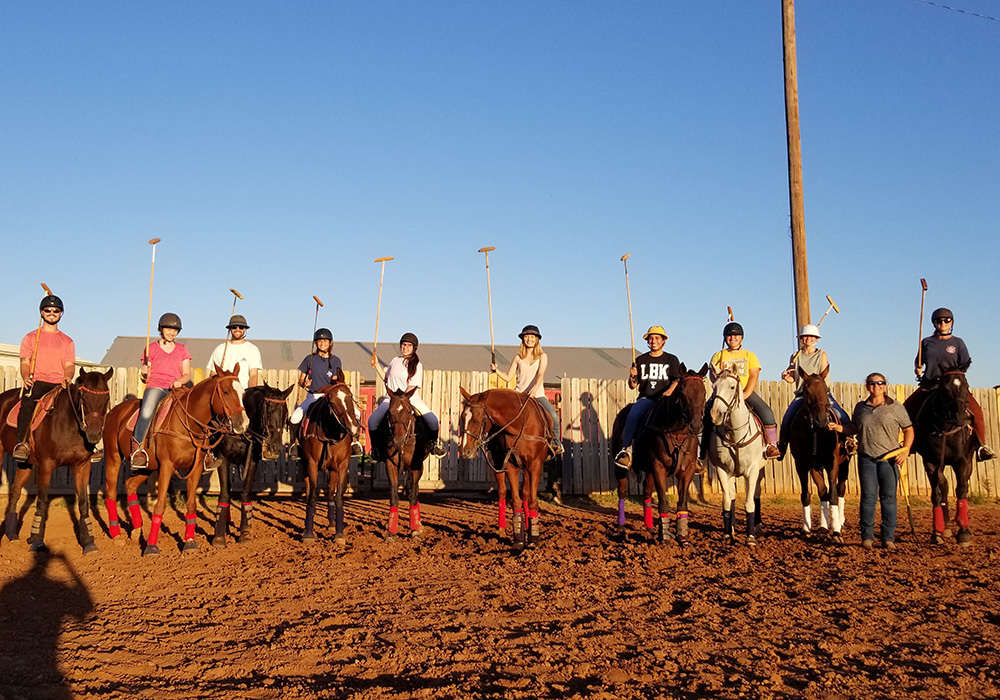 Texas Tech University Polo Club in Lubbock, Texas, hosted a clinic in October. Arena Committee member Robin Sanchez traveled to the club to work with both varsity players and club members. Over twenty players participated in classroom sessions about rules and strategy as well as mounted sessions on hitting, riding and strategy with drills and scrimmages. There was also the opportunity for players to practice on “Rusty,” the hitting cage horse for some one-on-one with Sanchez and a video review.

Lakeside Polo Club in Lakeside, California, also took advantage of the arena clinic program with an early fall clinic taught by Sanchez and an upcoming clinic December 21 and 22 with 7-goaler Jared Sheldon. “Clinics have been essential to our club growth and player improvement at Lakeside Polo Club,” Nicole Bankhead, Lakeside Polo Club owner and manager said. “They are also a great opportunity for clubs that may not have a resident pro. It’s especially important to solidify new players and members and give them a broader view of the sport. Clinics also create excitement and variety which encourages more participation. Everyone wins when the level of play and participation increases.” 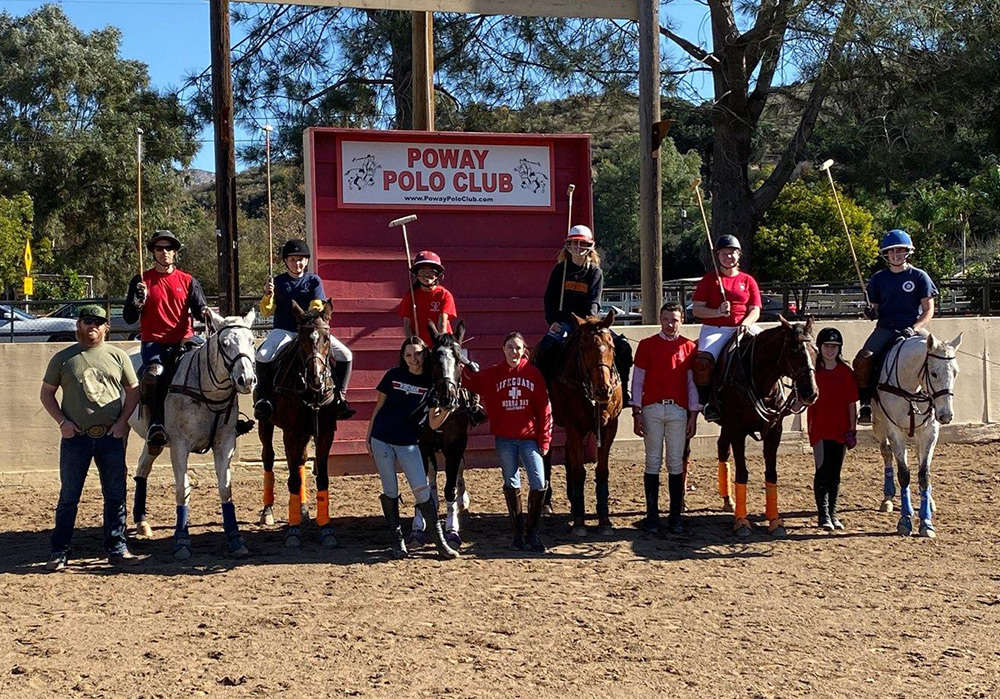 The Shane Rice Arena Polo Clinic held at Poway Polo Club in Poway, California, was a three-day event with 18 participants both kids and adults. The clinic began with Friday evening chukkers. Rice evaluated plays to determine the areas of improvement to focus on with clinic participants. The Saturday portion began with a strategy session then moved on to hitting instruction and afternoon coaching chukkers. The final day of the event consisted of competitive chukkers where all of the participants had the opportunity to put what they learned into action. “You have to hit a million balls before it becomes muscle memory,” 17-year-old Zachary Cobb commented.

St. Edward’s University Polo Club and University of Texas Polo both play at Two Wishes Polo Club in Lockhart, Texas, and had the opportunity to work with Sanchez under the newly added arena lights, made possible by a Polo Development Initiative (PDI) grant. Caroline Woodman of the University of Texas polo team organized and participated in the instruction with Sanchez. “Receiving hands-on, professional instruction made a huge difference for our players,” Woodman said. “We learned multiple new drills that targeted the techniques that we need to improve, as these continue to help us far beyond the clinic itself. Plus, it was a really fun experience that integrated our players more into the polo community.” 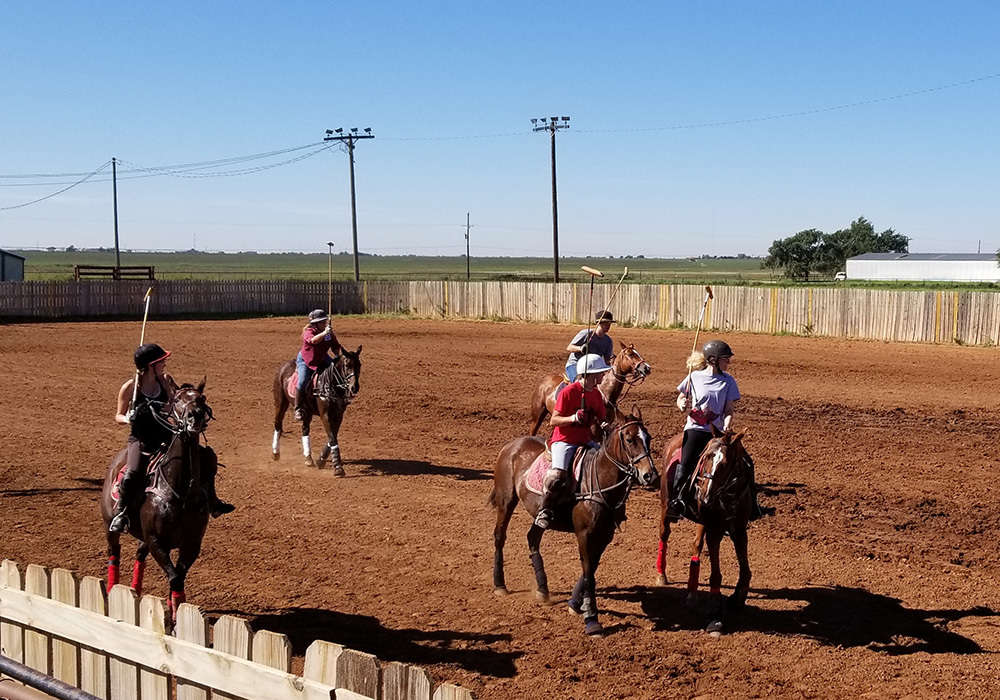 An additional arena clinic at Oklahoma State University Polo Club in Stillwater, Oklahoma, was rained out of the arena, but had a rules review and strategy covered in the classroom.

If your club is interested in hosting an arena clinic in 2020, please reach out to Arena Chairman Dan Coleman and Arena Committee staff person Kaila Dowd at kdowd@uspolo.org.