AN ALL-AROUND ALTRUIST: RECOGNIZING ROBIN SANCHEZ AS 2021 LOUISE HITCHCOCK WOMAN OF THE YEAR 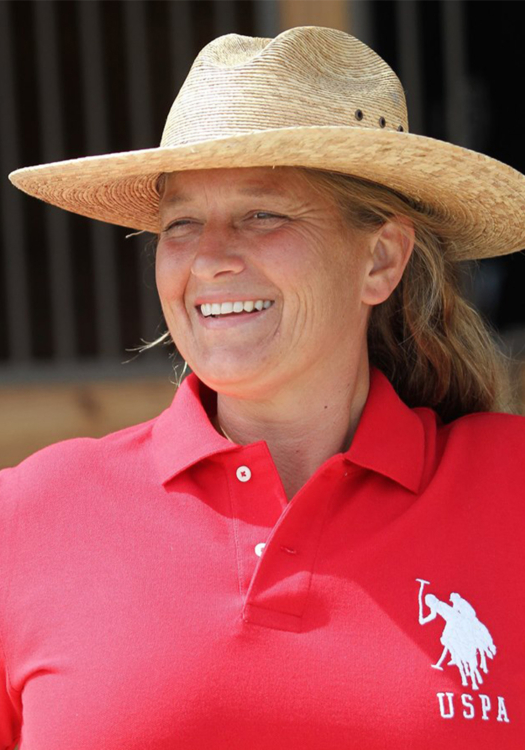 Known for her unwavering dedication to the sport of polo, Robin Sanchez was named 2021 Louise Hitchcock Woman of the Year by the USPA Women’s Committee, specifically for her role in significantly advancing the mission of the USPA and encouraging and increasing the participation of women in the sport. Previous recipient of the 2018 Clint Nangle Equine Welfare Award for her outstanding contributions to educating others about horsemanship, Sanchez is well known and respected within the polo community.

Her involvement with the USPA has been multi-faceted and seemingly unending, with her serving as a traveling clinician, the only female USPA Professional Umpire (arena and outdoor), a Governor-at-Large, the Southwestern Circuit Assistant Governor, an active member of the USPA Equine Welfare Committee, USPA Arena Committee, Club and Membership Administration Committee, Rules/Rules Interpretation Committee, Safety Committee and Women’s Committee, an intercollegiate/interscholastic (I/I) coach and so much more.

“*I can think of few people who have done more for the sport, while asking for less.”

*“Robin Sanchez’s tremendous dedication to improving polo, providing opportunities for our players and otherwise being a tremendous ambassador of our great sport makes her an incredible choice for Woman of the Year.”

Raised in Texas and currently living in the small community of Winnsboro, Sanchez has been the key catalyst in arena polo growth in the state, most notably through her work with the Texas Arena League. This past season, Sanchez organized a record 46 teams to compete in the series, encouraging competitive arena polo and fostering the development of players with a variety of skill and experience levels. 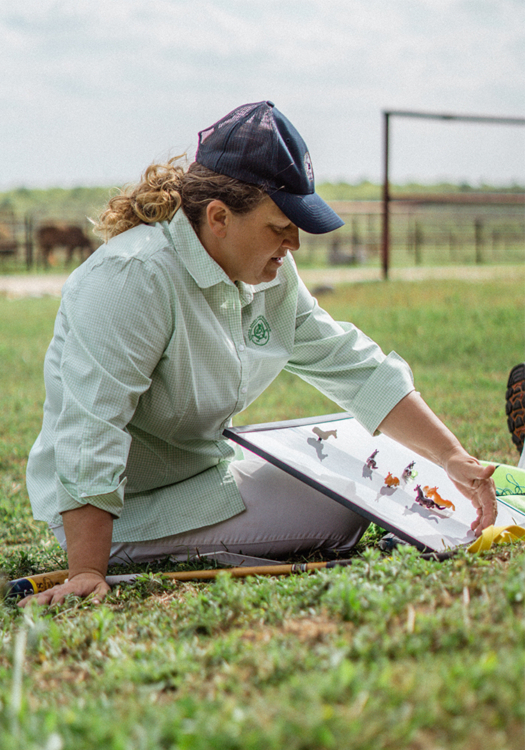 Sanchez wears many hats including a role as a traveling clinician to USPA Member Clubs around the country.

“*She's a horse woman first, always keeping equine welfare at the forefront and she loves to teach players and just get more people involved… her endeavor to educate herself not only on the game of polo, but also [on] horsemanship and instruction, is unparalleled.”

*“I don't know of any governor that has made such big strides in taking arena polo to the level that Robin is achieving. She continues to give 150% to the sport and is very much deserving of this award.”

Sanchez grew up around horses and dabbled in many equestrian disciplines such as jumping and dressage, but ultimately narrowed her focus to polo. This was largely due to her father Buzz Welker’s role as a Texas polo club manager. Sanchez gained a holistic knowledge of the sport and developed a keen sense of horsemanship thanks to the teachings of many polo and equestrian greats, including Billy and Corky Linfoot, Jeff Atkinson, Graham Thomas, Rege Ludwig, Ronnie Tongg, Ray Hunt, dressage trainer Kathy Connelly, and her husband Ricardo, who also trains horses. 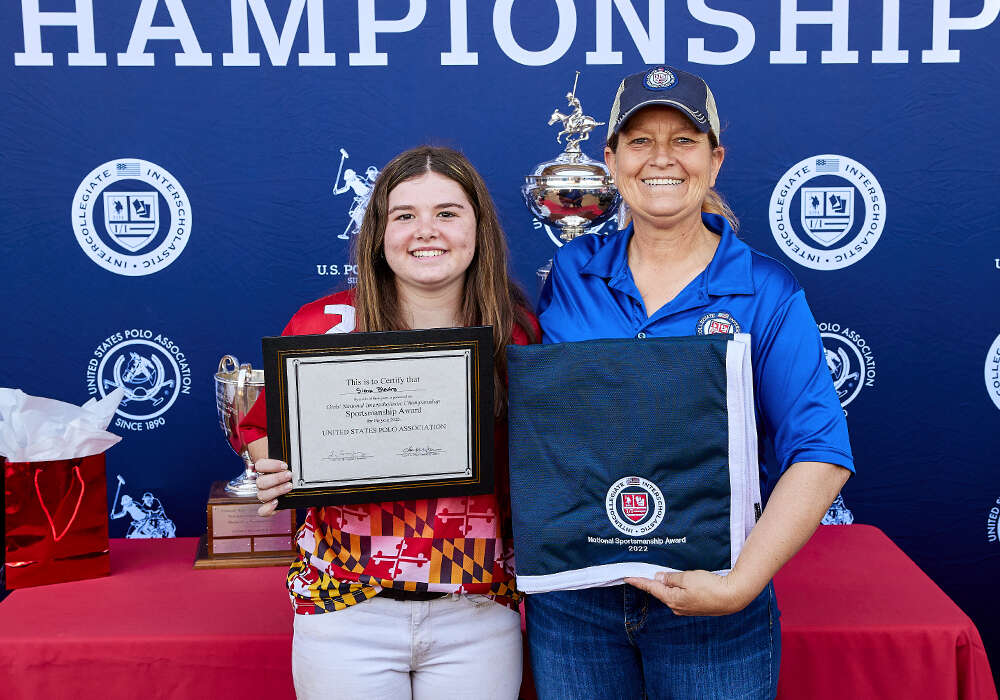 *“She's a horse woman first, always keeping equine welfare at the forefront and she loves to teach players and just get more people involved… her endeavor to educate herself not only on the game of polo, but also [on] horsemanship and instruction, is unparalleled.”

Outside of her contributions to the USPA, Sanchez also served as the Field Director for the PTF, ran and coached the PTF’s Florida Junior Polo Program from 2000 to 2007 and managed and coached the Brushy Creek Polo Ranch in Burleson, Texas from 2007 to 2010. She also is a Hurlingham Polo Association certified overseas polo instructor, a Certified Horsemanship Association Master Instructor and clinician and a Professional Horseman with the American Quarter Horse Association (AQHA). Serving the polo community in so many crucial areas, it’s no wonder why she is regarded as *“one of the most avid and active supporters of the sport of polo.” 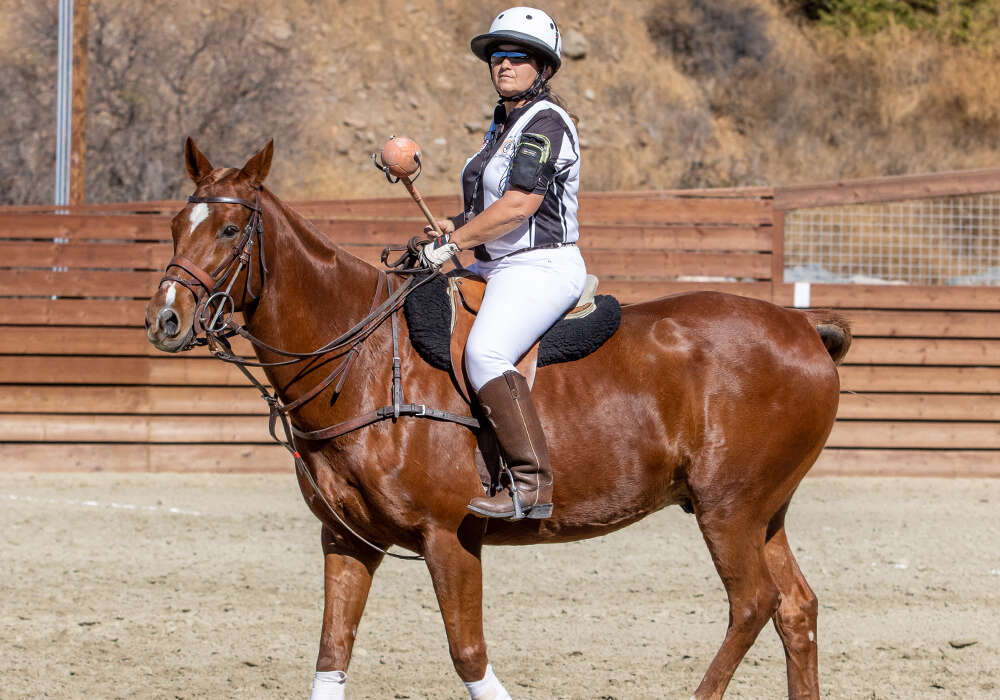 Sanchez is currently the only female USPA Professional Umpire (arena and outdoor).

“I really enjoy everyone I am fortunate enough to work with within the USPA, in the individual clubs, coaches, players, families, instructors, managers, other umpires - I am so lucky.”  – Robin Sanchez

There are few people who have the reach across all realms of polo than Sanchez, but more importantly is how selflessly Sanchez uses her connections and knowledge to help others in the sport, constantly doing everything in her power to create opportunities for up-and-coming players. As many would agree, *“she is an advocate for all who play polo.”

To Sanchez, this is not simply part of her job, but rather what she loves most about what she does. “I really enjoy everyone I am fortunate enough to work with within the USPA, in the individual clubs, coaches, players, families, instructors, managers, other umpires - I am so lucky. I have had the pleasure of working with a lot of young people through PTF Florida Junior Polo, Brushy Creek and the I/I program. Being able to now work with them or see them compete as adults is an indescribable feeling.”

Sanchez’s presence is known, felt and appreciated in the sport of polo.

*Quotes are from Woman of the Year nomination letters submitted anonymously.