The inaugural USPA and NYTS All-Star Challenge was held in Wellington, Florida, over the weekend of December 14-16, providing a unique training and playing experience for eight young players who were recognized as All-Stars in both the National Youth Tournament Series (NYTS) and Intercollegiate/Interscholastic (I/I) programs. A chance to reward identified All-Stars for their performance and participation in 2018 NYTS and I/I events, the training weekend also served as an integral networking opportunity, emphasizing many key aspects of the sport outside of the competition itself.

“The weekend was awesome, it was cool to get to know players from different places around the country and play with and against them. Also getting the coaches perspective on certain things in the arena and on the grass helped me a lot with my horsemanship and playing ability.”  – Joseph Post

Players began the weekend bright and early on Saturday, December 15, with a breakfast Q&A session presented by Dr. Stephanie Massey Colburn. Dr. Colburn shared pointers and strategies for managing an I/I string with an emphasis on equine welfare. As a former Interscholastic National Champion, her experience playing at Texas A&M University and as a member of Team USPA made her an invaluable resource for high school and college players. 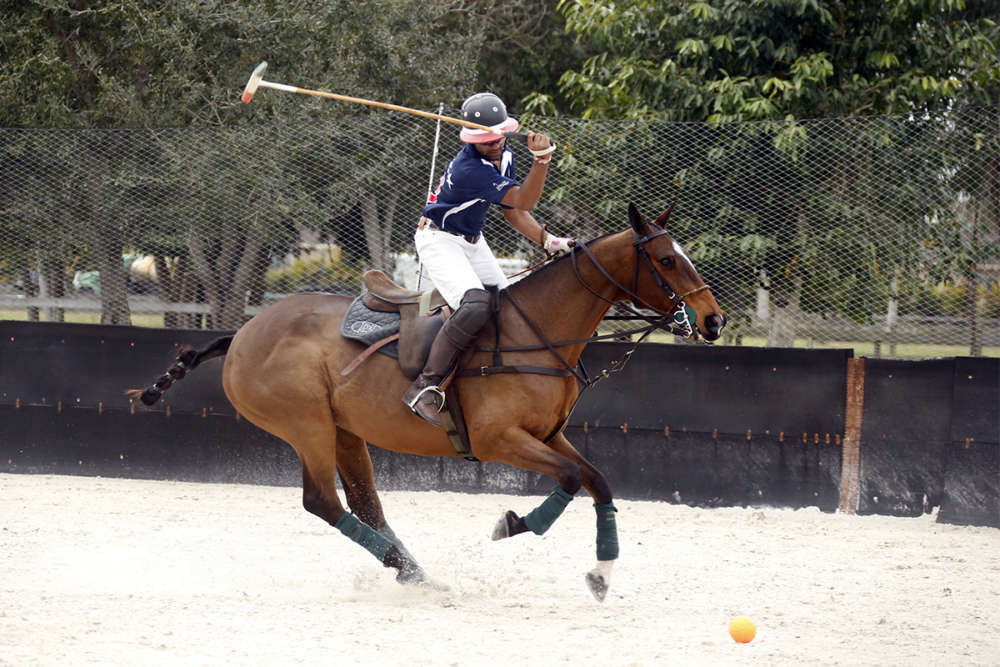 Dig Singh played in Florida for the first time.

“I was genuinely so impressed by everything—the fields, coaching, and horses. I had the time of my life. It was also my first time ever playing in Florida, which has always been a dream of mine. Thank you so much for giving me this great opportunity.”  – Dig Singh

“The NYTS and I/I All-Star Challenge was an amazing and really fun weekend to work with Team USPA coaches and play with talented players across the country.”  – Cory Williams

Coach Krueger and Bray participated in the I/I program during high school, with National Interscholastic titles to both their names. Krueger went on to play for Texas A&M University, where he would take home the National Intercollegiate Championship three times and be named Intercollegiate Player of the Year by the Polo Training Foundation in 2010. While they play full-time, they are not strangers to serving as coaches for youth players. Both Krueger and Bray have served as coaches at the NYTS National Championship and at local qualifier tournaments. Their experience playing in the arena and grass places them in a unique position to mentor high school and college players looking to improve their polo, while their youthful energy keeps the players engaged. “I received some great advice from Steve and Jesse,” said Dig Singh. “I talked with them about my dream of wanting to play polo professionally. They told me about what it is like to play professionally, as well as the risks and rewards associated with the job. I asked them for advice on things that I can do to help push my dream forward, they mentioned that I should try to play in as many places as possible, make contacts, and apply for Team USPA.” 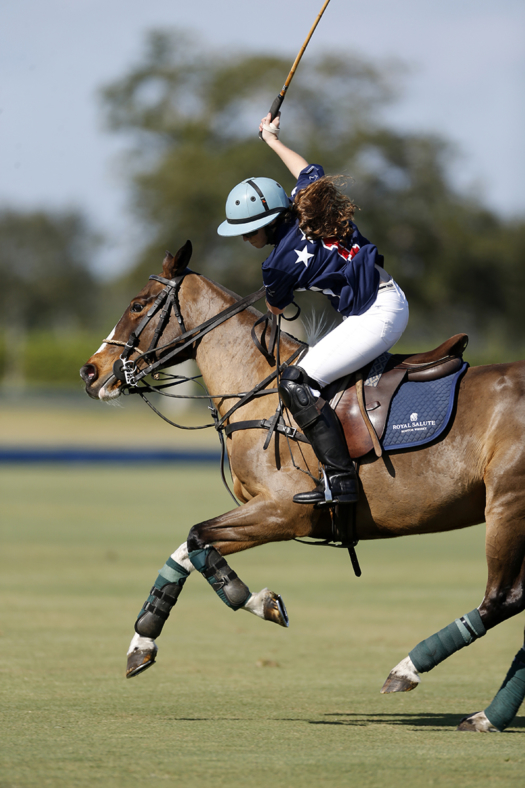 Maddie Grant prepares for a backshot.

Krueger enjoys coaching and hopes to continue to mentor youth players, “it was fun to see some familiar faces from the NYTS Championship at the All-Star Challenge and how they have progressed over the fall. Having young players playing against each other and at a higher level than may be available to them on a regular basis will only help young American players improve.”

Following the arena match, Cristian Vasquez from USPA Umpires, LLC led the players through a rule review for the 2019 arena and outdoor rule changes. He challenged each person to identify a rule they felt unclear on, read the exact wording in the USPA Rulebook then explain it to the group.

Polo trainer Alex Moraes, conducted a challenging workout he designed for Team USPA tryouts. Moraes emphasized the importance of functional exercises and flexibility combined with proper nutrition for polo players. He hopes to encourage youth players to begin a basic training routine to help them sustain their careers for as long as possible. 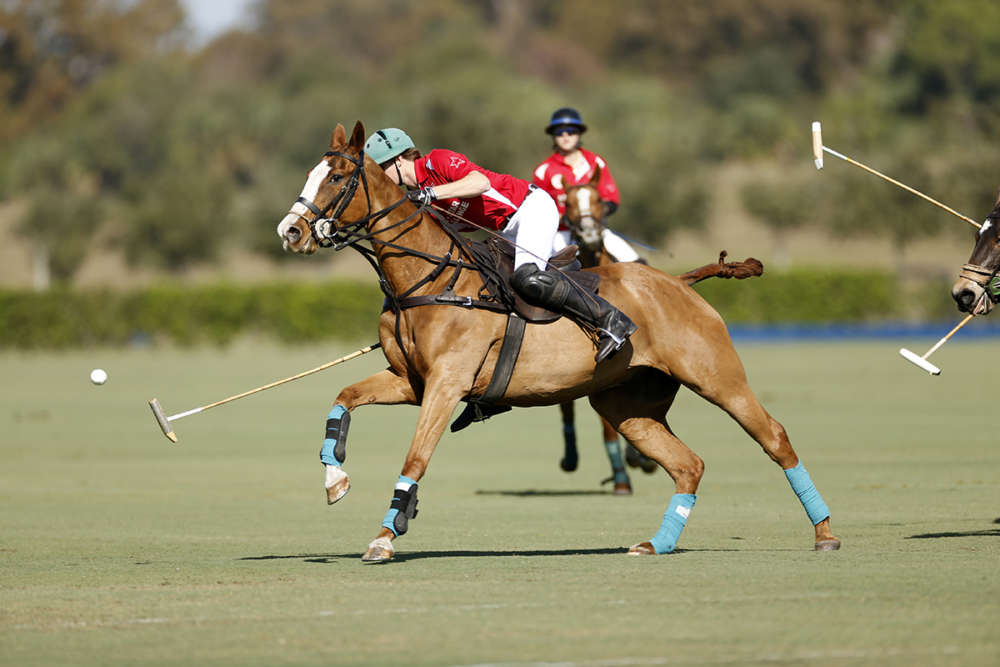 The beautiful fields at Port Mayaca Polo Club (Okeechobee, Florida) were dry for the Sunday morning grass match. The Red All-Star team got off to a quick start, but by the second chukker the Blue All-Star team took the lead and maintained it through the end of the match, 7-4. “Pampa” owned by Gates Gridley/International Polo Club Palm Beach (IPC) Polo School and played by Grayson Price was recognized as Best Playing Pony for both the arena and grass games. “That horse is a machine!” Price exclaimed after finishing the game in the arena, he was equally happy with her performance on the grass.

The USPA would like to thank all of the horse providers, Flying Cow Polo Club (Wellington, Florida) and Port Mayaca Polo Club for making this event possible.