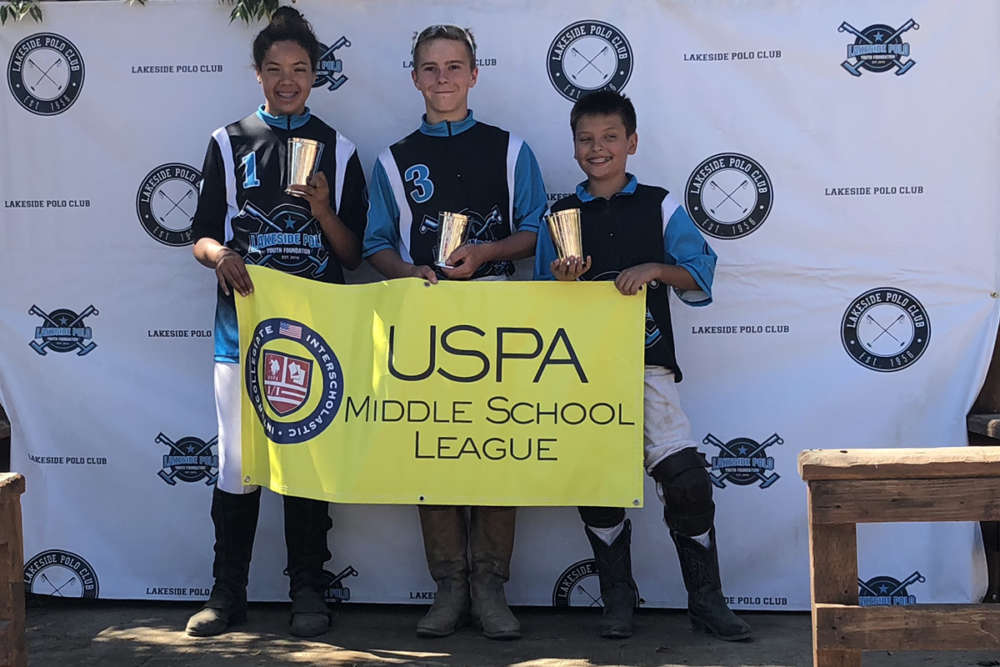 Lakeside Polo Club in Lakeside, California, kicked off the 2018 USPA Middle School League with 10 players in grades 5-8. The Arizona Wildcats and the 101 Polo Club teams met on the dirt for the first game of the round-robin tournament. William Faherty opened the scoring from the penalty line for the Arizona Wildcats in the first chukker and teammate Troy Wakefield followed up with two of his own to round out the chukker. Spectacular defense from 101 Polo Club’s Logan Behrens, Brynja Rotscheck, and Benjamin Faherty held Wakefield to a single goal in the second chukker, but the Wildcats prevailed 4-0. 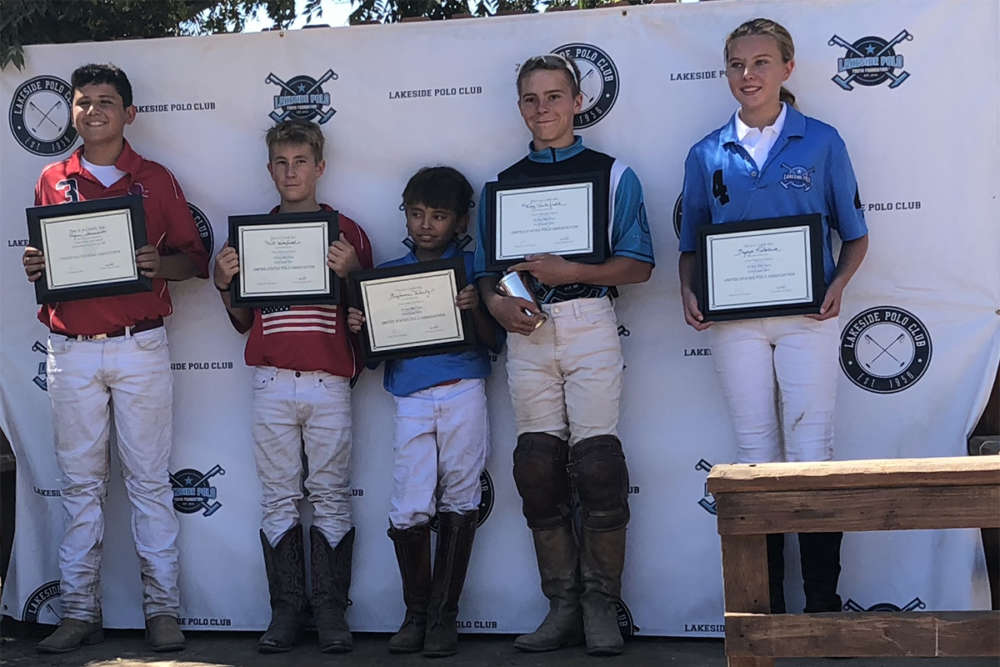 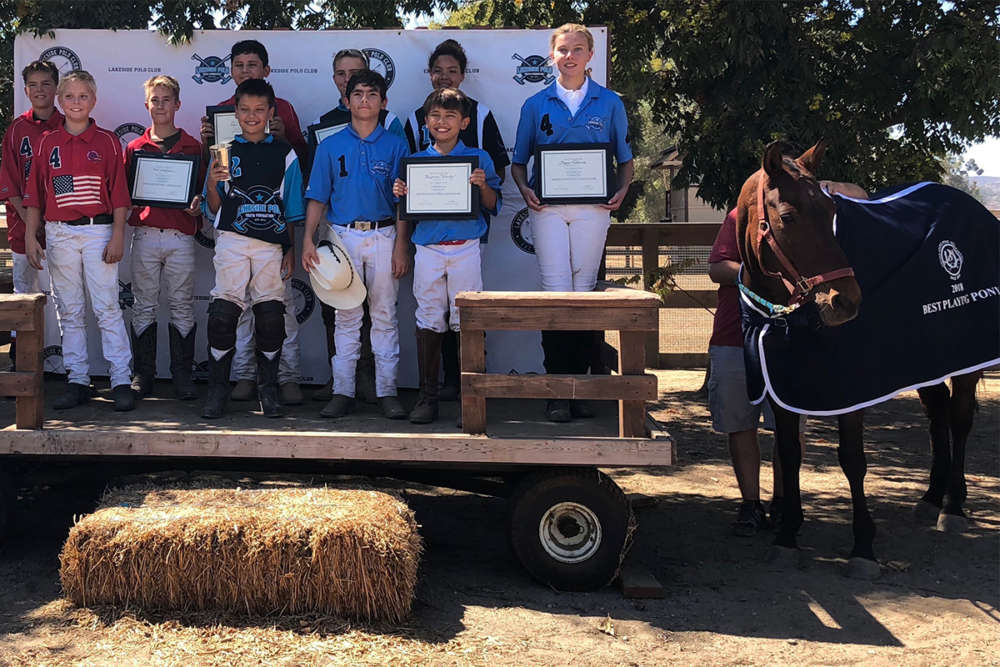 Benjamin Faherty, Brynja Rotscheck, Trent Wakefield and Troy Wakefield were voted to the All-Star team. Roque Sarmiento was elected by his peers to receive the Sportsmanship Award. Benjamin Faherty’s Manzanita was chosen as Best Playing Pony. Middle School League competition continues this coming weekend at NWA Polo Club in Gravette, Arkansas. If you would like to sign up to participate in the Middle School League, find more information and registration here.